Would you want to eat your words? 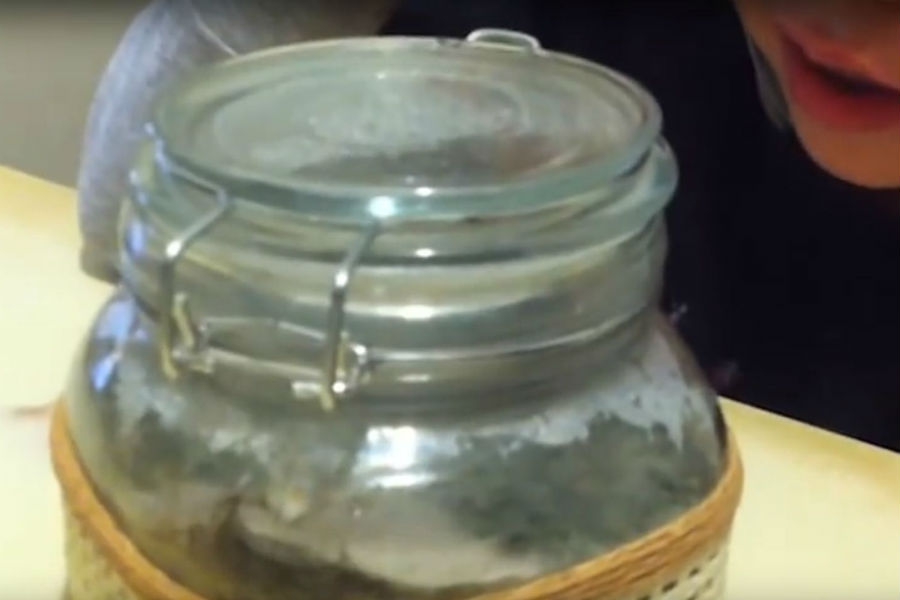 A BAD JAR of rice at the end of the experiment.

STICKS and stones may break my bones but words will never hurt me may no longer be true.

According to Dr Masaru Emoto, Japanese researcher, the truth is that words can actually do a lot of harm, to us, to those around us and to the environment.

His studies and experiments have shown that our words have so much power they can even alter the molecular structure of water – a substance that covers 71 per cent of our planet’s surface and makes up some 65 per cent of the adult human body, which renders his discoveries very relevant and more than significant.

By understanding and sharing the conclusion reached by Masuru from analysing frozen water droplets, (from distilled water samples in a controlled environment and from taps, lakes and rivers etc) under a powerful microscope, we can realise that even our intentions and thoughts, words and prayers can either resonate in harmony with the beauty of nature, or not.

Many of us say words without thinking, such as “I hate being stuck in traffic,” or “I hate being late,” but as it turns out, saying the word “hate” carries an energy that can turn a frozen drop of water into ugly, sinister looking shapes when observed under a microscope.

Polluted water when frozen and examined in the same way creates the similar ugly patterns in dull opaque colours as did the water exposed to an abusive word or phrase.

Dr Masaru Emoto believed water contains messages and showed that water exposed to harmonious, classical music and positive affirmations produced brilliant, unique, diamond formations and, that prayer could transform ugly polluted water molecules into beautiful snowflake and diamond crystals after being blessed; a message of hope in itself.

So dare we ever speak a negative word again?

Perhaps by trying this simple experiment at home will help you decide. I found it hard to follow through as I didn’t like insulting even the jar of rice, but if you can go through with it, you’ll be amazed at the results – I promise!

2. Label one jar with the words I LOVE YOU, another with I HATE YOU and the third, leave blank.

3. Pour tap water into the three jars, covering the rice and seal with the lid.

4. Separate the jars (@ 30 cms apart) and say the corresponding words written on the jar directly to that jar, every day, for 30 days. (Ignore the unlabelled jar).

When you see the results, what the negative ‘vibe’ has done to the rice, then take a moment to think: so what’s it doing to me, to my body?

What does that look like on the inside after a lifetime of subjection to these negative energies?

If you take a look at the image of a bad jar of rice after completing the experiment, I think it’s obvious that it could be pretty nasty to actually have to eat our own words.