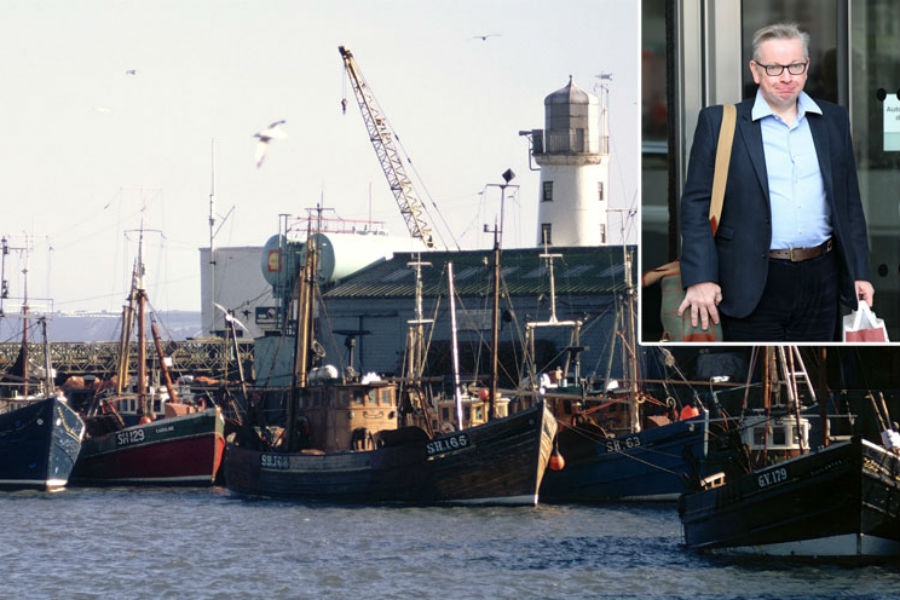 MICHAEL GOVE has stated that British boats won’t be the sole trawlers in the UK after Brexit as foreign vessels will still be able to plunder UK waters.

The environment secretary has emphasised that this is because the country does not have the capacity to capture all available fish.

This came after his recent visit to Denmark to investigate the Danish food industry, which is highly reliant on the UK maritime market.

Mr Gove´s recent comments are contrary to those which he gave on the BBC´s Andrea Marr show last month when he said that no foreign boats would be allowed to fish within six to 12 miles of the UK coast.

Despite having described the EU´s common fisheries policy as an environmental disaster and saying that Britain would become an independent coastal state, taking control of its waters, he has now appeared to backtrack on such ideas.

Scotland have been dismayed by the common fisheries policy which has seen them have to forfeit fishing grounds on Scottish waters in order to give European fleets equal access.

Bertie Armstrong of the Scottish Fishermen´s Federation told the BBC:

“It is clear from our meetings with the government that control over our waters will be in our hands after Brexit.

“We will be out of the Common Fisheries Policy and we will decide who fishes where and for what. Our position is straightforward: we must have first call on quota.”

The SNP said that the “startling revelations on the Tories’ true position over fisheries post-Brexit” showed that “you cannot trust the Tories to stand up for rural Scotland’s interests”.

“Michael Gove must immediately make absolutely clear what the UK government’s real position on the future of fisheries is.

He could start by confirming that devolved powers over fisheries will transfer to Scotland so that we can get on with developing our own management policies which put Scottish fishing interests, offshore and onshore, first.”

A spokesman for the UK’s Department of Environment, Food and Rural Affairs said:

“Leaving the EU means we will take back control of our territorial waters, and for the first time in 50 years we will be able to grant fishing access for other countries on our terms.

“We will allocate quotas on the basis of what is scientifically sustainable, making sure we have a healthy marine environment and profitable fishing industry.”