Wish you were here! Europe’s most wanted fugitives sent postcards by police 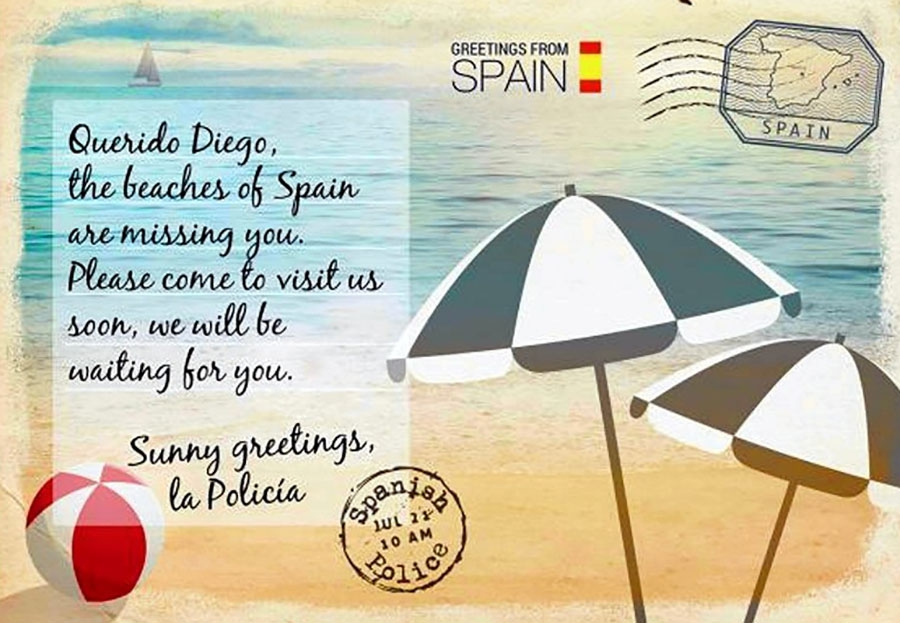 ON THE CARDS: Police appeal for whereabouts of Europe's most-wanted fugitives

POLICE across Europe are sending innovative summer postcards to dangerous criminals on the run.

However, the exact addresses of the fugitives are unknown so they’re appealing to members of the public to try and track them down.

The postcards can be viewed online at   www.eumostwanted.eu/summercampaign  and feature Europe’s Most Wanted fugitives, who have committed serious crimes in 21 EU countries.

“Share these postcards, send your leads. For these fugitives, holidays are over!” Europol said in a statement.

Traditional investigative measures have so far not led to the suspects and they are all believed to be hiding in a different country to where the crime was committed.

Europol are inviting the public to sharing the online postcards and provide information  that could help them  complete the last piece of the puzzle so that we can apprehend reach the fugitives and put them behind bars.

They say, “While most of us are enjoying a well-deserved summer break, criminals are not taking time off from crime.

“Holiday destinations have proven to be popular hiding places for criminals on the run from law enforcement. They might even have chosen the same destination as you…

“That’s why your information can be vital to catch some of Europe’s Most Wanted fugitives. Law enforcement across Europe, through the European Network of Fugitive Active Search Teams (ENFAST) and Europol, are asking for your help to find out their exact locations, to ensure they take responsibility for their serious crimes.”

Crowdsourcing the search has proved to be very successful in tracking down fugitives in the past.

Since the launch of www.eumostwanted.eu in early 2016, more than 2.5 million unique visitors have visited the website. 36 criminals featured as most wanted fugitives have been arrested, of whom at least 11 were apprehended as a direct result of information provided by the public via the EU Most Wanted platform. Four fugitives turned themselves in after appearing on the list.

Europe’s Most Wanted was initiated by the ENFAST community, with the full support of Europol.

The members of ENFAST are all specialised in locating criminals on the run who are suspected, or have been convicted, of serious crimes and are subjects of European Arrest Warrants.

The majority of these criminals have committed murders, fraud or other serious offences, or are trafficking drugs.