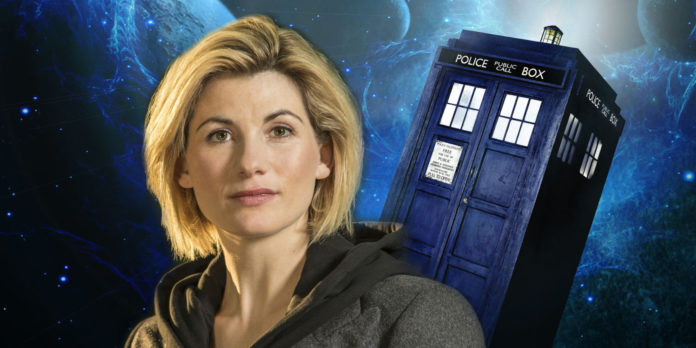 THE end is nigh! Hold your loved ones and kiss them goodbye. A woman has stolen to the keys to the TARDIS and isn’t giving them back!

The apocalyptic slaughter of male icons doesn’t just end there, oh no – they’re getting replaced with female doppelgangers. First, the womenfolk took over the government, then they came for Doctor Who and next, by Gad, it will be Jane Bond!

That’s the mass panic sweeping over men, and even some women,  of a certain age. Feminism, so they say, has crossed the Rubicon: it now wants to replace male icons instead of creating female ones on parity. Political correctness run amok with no sign of slowing down.

And to think such a cultural coup d’état took place after Wimbledon on  Sunday. Is it true? Of course, not. For starters, Jodie Whittaker is a phenomenal actress with a proven and impressive track record of acting ability.

If that wasn’t enough for the sceptics, remember that we’re talking about a show primarily geared to children on a Saturday night. It also just happens to star an alien that time travels and can turn into any new body when fatally injured. Gender should be a small issue for the prigs and literalists.

Continuity and change moving hand-in-hand is the secret to Doctor Who‘s half-century success. The cast changes, the production team go, and all that remains at the end of the day is stalwart British hallmarks like a blue box and salt shaker bad guys. It’s that simple.

Although Doctor Who is part of the cultural consciousness of Britain. It’s not a relic, but an arrow pointing toward the future. It’s always, always been about the introduction, or reintroduction of elements, to get a new generation hooked.

The sad reality is, as the BBC pay scandal has shown, is that women are still underpaid even if they’re representation on-screen has increased.

Whittaker represents an epoch-defining opportunity to begin anew. For the first time, a whole new generation of children gets to enjoy an organic shift away from the inherent sexism that adults perpetuate.

As sure as most kids today don’t bat an eye lid at people of different colour or creeds on their screen, one day in the future, the 13th Doctor will be remembered as a seminal moment in British public life.