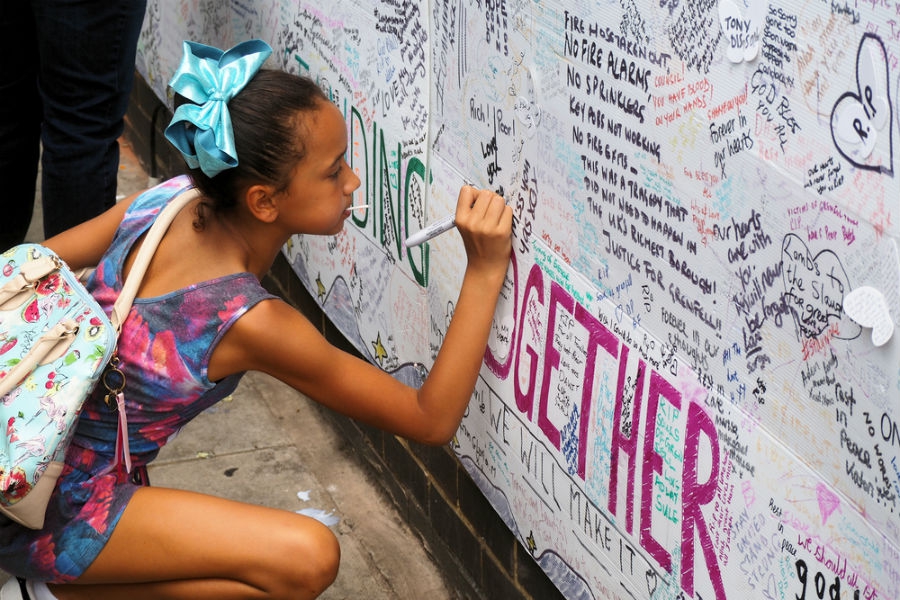 GRENFELL TOWER: Lessons to be learned.

ONE thing that does surprise me (not really!) is why the media has carefully avoided mentioning the fact that the Grenfell Tower block was filled with 99 per cent of ethnic immigrants?

As these apartments were presumably allocated by local council authorities, does this not seem in direct contradiction to thegovernment’s oft spouted ambition to do everything in their power to ‘integrate immigrant cultures into the British way of life?’

It seems to me that all they achieved in this instance was to create a towering ghetto of people who would, by the very nature of their environmental existence, have found it difficult to take on British culture and values, even if they had wanted to.

At best, this biased selection process is a misdirected exercise in culture relationships and, at worse, blatant racism.

I would be extremely interested to know how many of those in charge of tenant selection, were actually immigrants themselves?

As time passes, and people of ethnic origins (often quite rightly) move into more and more decisiontaking positions, the emergence of reverse racism is subsequently ever-present and needs to be severely dealt with.

I’ll cite you one example of what I’m alluding to. My nephew, aged 21, moved back to Northern Ireland after a year working in Spain. Having no immediate employment, he decided to sign on at the local Social Security offices.

Waiting in the queue he found himself behind two black ladies, colourfully attired in the costumes of whatever country they originated from. He then patiently stood and waited for some 20 minutes, while the clerk behind the counter, also of ethnic origin, laboriously, and in great detail explained all the benefits that the two enquirers were entitled to.

When they finally moved away, my nephew took up their place and politely explained to the man that he had been out of the country for a year and what was his position regarding any benefits?

Curtly and rudely he was informed he had been out of the country too long and couldn’t be helped. Next!

Er, just a minute. The aforementioned woman had never lived in the country. How come they were entitled to 20 minutes of the clerk’s attention, while my nephew, who had been born, bred and previously worked in Northern Ireland, was rudely brushed aside with no explanation whatsoever!

Now if that example doesn’t smell of reversed racism, I don’t know what does. As more immigrant members of our society move into these higher authorative positions, they have to be monitored very carefully and deterred in the strongest possible way of practising the racism many of them may well have been have been accusing others of for years.

However misdirected, some will be hell bent on some form of ‘revenge’ and, given an inch, the miles they will take will undeniably lead to the demise of our own rights and with it our grasp on society as we know it.