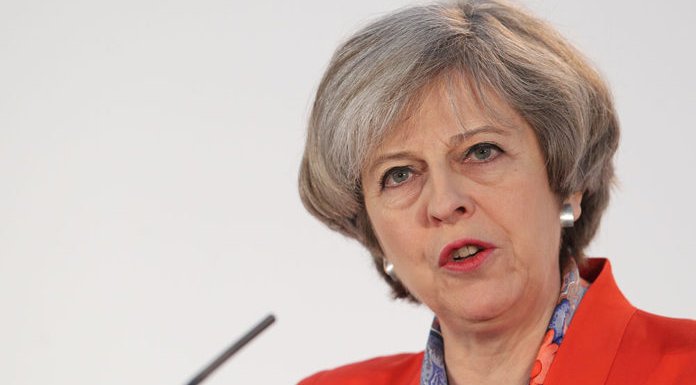 REMEMBER ‘Deal or No Deal? Noel Edmonds chinwagging to a fictional banker as players tried to deduce the random chance distribution money in red boxes. Don’t dismiss the premise. It was genuinely nail-biting stuff before the faux tension faded after a few seasons.

And now politics emulates the game. Theresa May seems to be having senseless one-sided conversations with a non-existent enemy as the British public guess what’s inside this week’s Brexit box.

Like Edmonds’ show, the public has had enough. Poll after poll indicates that if the referendum were rerun, the results would spill into a Remain victory. Everyone from psephologists to psychologists has rationalised and calculated it. Whatever the demographic, the consensus reads that people are horrified by the instability the situation has caused.

With some irony that includes both those who voted to stay and leave. There’s widespread dissatisfaction among the Leave campaign because the last year has been fraught with indecision and rumour. No policy, save for ‘we definitely do have a policy’ is in place. ‘Blackadder does Brexit’, or Yes, Brexit Minister’ couldn’t make it up.

The most tiring part of it all? Accusations from either side that people aren’t patriotic. What could be more British than questioning government and officials? What everyone forgets, perhaps, is that Theresa May has made herself a symbol of ineptness for Remainers, Leavers and most of her party.

The Prime Minister is unique in actually having replaced a major Conservative bugbear with an even bigger gripe: weak leadership. Although the EU debate has plagued Tory leaders since the 1970s, nothing is quite as vicious as a backbencher who sniffs blood.

As they say, it’s easier to conquer than to rule, and that’s a lesson Mrs May is learning. Every day those closest to her ministers, and sometimes even her ministers themselves, decry Brexit as a ‘catastrophe’. Can anyone else here the Dad’s Army klaxon ‘don’t panic! Don’t panic!’?

Cognitive dissonance is the state of being so enamoured to a circumstance that one refuses to see any fact contrary to that which they believe.

Where is the shame in admitting that referenda are not legally binding, that the uncertainty of Brexit alone has caused more harm than good and the first duty of a government is to protect the rights of its citizens?