Have you ever been conned? 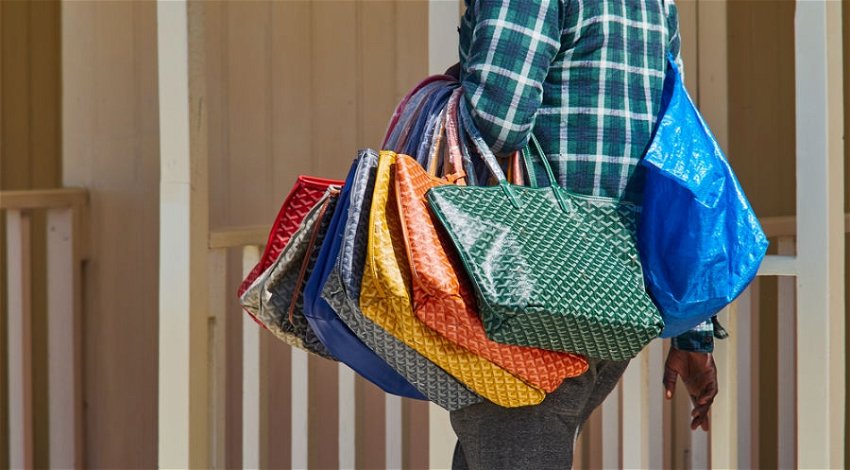 WE all see, and some of us even have our favourite ‘Looky Looky’ men, especially in the coastal regions of Spain where we live.

They sell all sorts of stuff and mostly copies of famous brands and when you buy your Rolex or Louis Vuitton bag you know full well that for 20 or 30 euros it’s not real. Is it correct? Maybe not.

The big companies complain it’s damaging to their business. Some of us think that the person that buys a ‘moody’ Rolex for €20 is highly unlikely to buy a real one for €12,000, but it’s something that is pretty much accepted rightly or wrongly.

But there is a darker side of the fake business and some of it is even life threatening and that is what is making me seriously grumpy. I’ve seen copies of famous brand toothpaste, shampoo, booze and cigarettes which all, when tested, contained poisons.

Every brand of mobile phone and the accessories, game consoles and most electronic items are being sold, not in the back streets somewhere, but openly on ebay and other online sources.

People are looking to buy items for themselves or as gifts only to find that when it arrives, and sometimes after it blows up or shorts out, that what they have bought is fake and it seems the powers to be can do very little about it.

One of the things to look out for is the price. If you see a brand new iPhone7 for €300 I can almost guarantee it’s a fake, even if it’s advertised as an unwanted gift.

If something looks too good to be true then it most likely is.

The other day I was looking for a new keyboard for a Microsoft tablet I have. It’s a model which has been superseded but which works perfectly well. I phoned Microsoft and they didn’t have them any more so I looked online and there were loads of them for sale… not one of them real but being advertised as genuine.

They were all being shipped from China. I finally found one that actually said it wasn’t original but was made to work with the tablet I had, so I’ve had a punt at that via Amazon. I’ll let you know if it works.

It also works the other way round. I put a watch on ebay to sell and the amount of people that tried to get me to deliver it saying payment had been sent was quite astonishing.

So be careful when buying and selling. It seems everyone on the internet is trying to con you. It’s a shame but that’s what greed does.