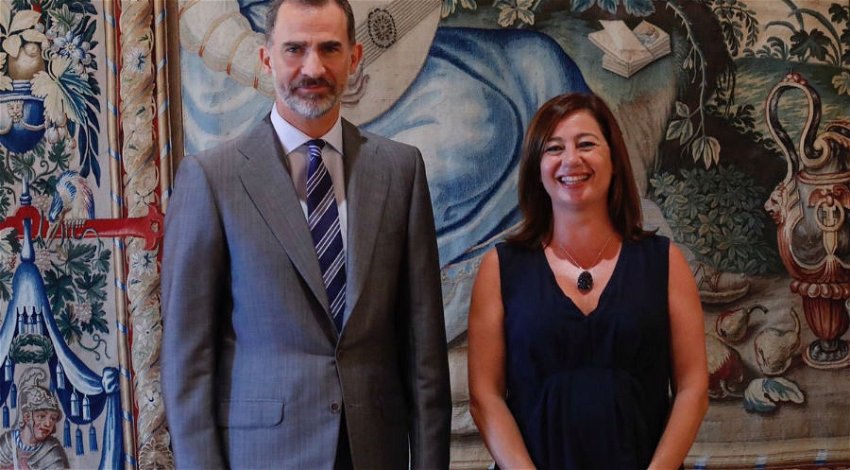 A WISH LIST for a special tax regime has been drawn up by the Balearic executive.

President Francina Armengol handed it over to Spanish treasury secretary Cristobal Montero after discussing Balearic autonomy with King Felipe VI during his holidays on Mallorca.

There are 23 demands on the list. Each is aimed at levelling the playing field between Mallorca and the Spanish mainland.

They can be broadly placed into four categories: air and sea transport, tax relief, regional investment, and compensation for national use of local resources.

Mallorca has recently secured a 75 per cent discount for residents on inter-island travel. A similar demand is for lower fuel taxes, following the Corsican model whereby islanders pay substantially less than French drivers in Paris or Toulouse.

Key demands include a 75 per cent discount on air and boat transport to the Spanish mainland, and regular, direct and fixedrate connections to Madrid and Barcelona. Joint control of Palma airport is requested, as is the expansion of Son Bonet for commercial flights.

Electricity costs should be coupled with mainland rates, as should phone charges, with call quality also matching the mainland.

Students should receive a 100 per cent subsidy to study at Spanish universities, and the transfer of sick people to mainland hospitals should be funded entirely by Madrid.

The list also includes tax relief for the Balearic film industry and the arts, scientific research and development, and the yachting industry. It urges the reduction of general IVA from 21 to 15 per cent.

Direct investment in the Balearics should never fall below the Spanish average, and an investment fund for island infrastructure should be established and overseen by local authorities.

“The King understands our concerns 100 per cent,” said Armengol at a recent press conference. But it is the conservative government of Prime Minister Mariano Rajoy that holds all the cards.

Rajoy is already at odds with Armengol over his determination to drill for oil in Balearic waters.