Read this before you see the film Dunkirk 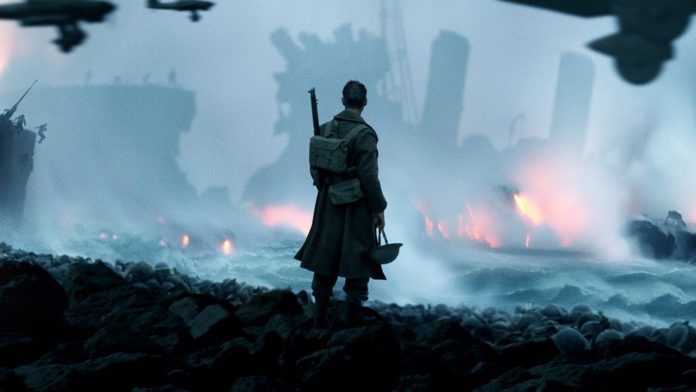 It’s a self-contained piece of cinematography the likes of which audiences have not seen in decades. From flawless direction to edge-of-your-seat suspense, it’s not so much a film as an experience. And it can only be enjoyed at the cinema.

A lot has been made of Dunkirk’s cinematic and musical virtues, but remember as well the Dunkirk veteran moved to tears by the accuracy of the film. Do we not owe this generation understanding as much as ticket stubs?

Firstly, Dunkirk isn’t a political film. The Nazis aren’t mentioned and Winston Churchill gets two name checks. It’s sentimental, but never saccharine,  in its final moments but only as an epilogue. There are no fluttering flags. Those who would try and imbue the film with a false sense of nationalism are committing a cardinal sin against a human story through and through. Young men died, in circumstances nothing short of catastrophic and unprecedented, and the battle against tyranny shouldn’t be politicised for today’s debates.

Secondly, the story is misunderstood. The ‘Dunkirk spirit’ is an English idiom for pulling together. It was also, in the words of Churchill, a colossal military disaster. The rescue of 338,226 men was miraculous, particularly given Churchill’s prediction of only 30,000.  Nevertheless, thousands of thousand tonnes of tanks, weapons and other equipment were lost as well as hundreds of ships.

Thirdly, never, ever forget that until Churchill, the British political establishment favoured a negotiated peace. As American journalist Edward Murrow said, “He [Churchill] mobilized the English language and sent it into battle to steady his fellow countrymen and hearten those Europeans upon whom the long dark night of tyranny had descended.”

Churchill convinced the nation, and its leaders, that a negotiated settlement would produce the same conditions as total surrender. As he said,  “If this long island story of ours is to end, at last, let it end only when each one of us lies choking in his own blood upon the ground.”

Fourthly, Dunkirk literally changed the world. Had the British army been lost, it’s highly likely Churchill could not have made the case for war. Even if the subsequent Battle of Britain had been won, the Nazi’s would not have stopped as they did if Britain had no further defence.

Taken to its conclusion, the world would look very different to what it does now if the Dunkirk evacuation had failed. The audience’s duty is to feel proud without being jingoistic and grateful but not arrogant. Enjoy the film.