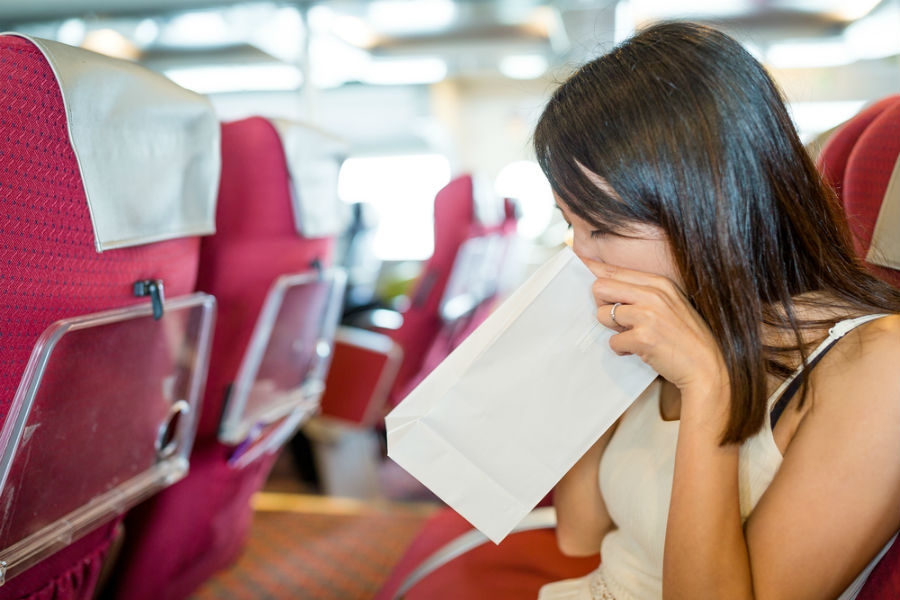 THIS week I’m going to mention again a certain airline that, if you don’t pay extra to select a seat, will make sure that you and your travelling companion do not sit together.

A friend of mine called Bill, who is much wiser and smarter than I, has come up with a solution that he has tried and which has worked and I’m going to pass it on to you.

Even if it doesn’t work I’d have to try it. Here we go.

When you get on the plane don’t stress – take your allocated seat, which will most likely be a middle seat, because that’s how they punish you.

Then when everyone is seated get up and go to your partner, wherever they are sitting, and say to them, ‘How you feeling?’

Then produce a sick bag or even a carrier bag and say, ‘Look make sure when you throw up, that you get it all in the bag.’ By now the people each side are going to be looking a bit uncomfortable and usually, if they are travelling alone, one will say, ‘Would you like to sit here?’ because no one wants to sit next to someone who is going to be sick on a flight. Worth a try!

I saw this week that they are now not building a new bridge over the Thames. Well, that’s OK then, except it’s already cost £50 million.

That’s right, £50 million has already been spent. How? Where?

Now that sounds like a lot of money to me.

All that to cut an hour off your journey time to get to Manchester. I’ll tell you what – spend the money on hospitals and health and let all the punters for the fast train get up an hour earlier. And don’t be under any illusion – the first bits of snow or rain or a few dodgy leaves on the line and it will all grind to a halt and, of course, you just know it will run over budget too.

I have a message for Mr Donald J Trump this week. You CANNOT over react to Nazis walking through the streets of the USA or any country come to that.

Did you not hear their chants? Did you not see the burning torches they were carrying?

You are an embarrassment and should be removed from office immediately.

If anyone has any comments my email is [email protected]