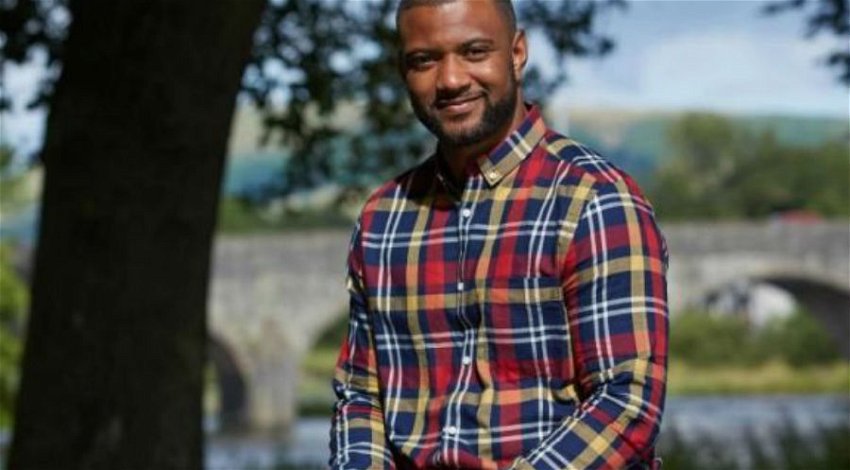 JB GILL: The singer will join the BBC show’s team and is looking forward to being a features presenter.

IT’S definitely a good time to be a JLS fan.

Following the news that Aston Merrygold has joined this year’s Strictly Come Dancing, it’s now been announced that his former bandmate JB Gill has a new telly gig lined up too… on Songs of Praise.

Indeed, the singer will join the BBC show’s team as a features presenter and has revealed that he’s excited to combine his faith and music.

“BBC One’s Songs of Praise has played an integral part to my childhood,” he said.

“I remember growing up watching and singing along to all of the hymns, many of which I’d learnt during hymn practice at my Church of England primary school.

Needless to say, I’m incredibly excited to be taking on this new role as a Songs of Praise presenter.

“I’m especially looking forward to combining my faith with my love of music, performing and my passion for the outdoors.

Hopefully you’ll also get to see me sing a few more hymns along the way!”

Apple is spending a massive $1 billion on original TV shows in the next year, as it looks to compete with the likes of Netflix.

The Wall Street Journal is reporting that the company is keen to invest and deliver up to 10 series to its customers. However, Netflix chief content officer Ted Sarandos has also revealed that the streaming giant will be shelling out $7 billion on content next year.

Speaking to Variety, Sarandos said that Netflix is sustainable as a business.

“We’re not spending money we don’t have,” he said. “We’re spending revenue… We have one of the low debt levels in the industry.”

The executive added: “The vast majority is still licensed content. We’re still a couple years from seeing it go 50/50.”

If you would like me to answer any questions you may have on satellite TV or to expand on anything I have written about please call me on 678 332 815 or email [email protected].

I look forward to your comments and questions. Don’t forget to listen to my radio show every weekday from 10am on Spectrum 96.1 & 106.8FM, now covering almost 3,000sq kms of Costa Almeria and Calida or listen online at costaalmeria.spectrumfm.net for the latest news and views from the world of satellite television.