Will their blood be on our hands? 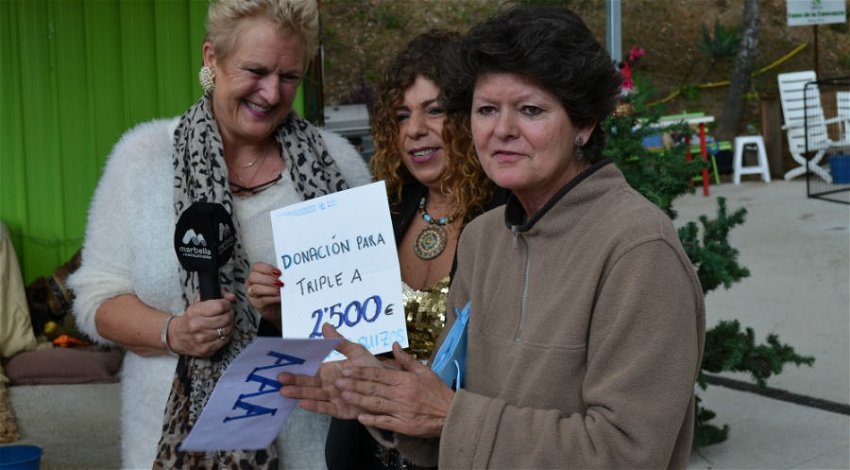 Lily van Tongeren of Triple A, Nicole King and Bettina Pietsch President Triple A receiving a donation for the animals.

THE intervention of Seprona on April 11, 2016 has caused a great deal of damage to Triple A, both morally and financially, and it looks like they may not recover from either.

The memberships and donations have gone down to such a degree that if there is not an immediate reaction from the members of our community, Triple A will have to close their doors in the very near future.

Step one is to tell everyone that Triple A was not found guilty of any mistreatment to the animals. Updating those who read and believed the scandal is therefore paramount. Even a close personal friend on hearing me speak the name ‘Triple A’ anxiously began to retell me about all the ‘horrors.’

I was horrified; she’d taken the time to read the damaging claims but obviously not taken the time to find out what happened next, if the accusations were founded or not, but even so enthusiastically retold the story, over a year later, ignorant of the facts.

This blasé attitude of so many ‘animal lovers’ may now cost the lives of over 500 animals all of which are facing extermination if Triple A does have to close its doors.

Although our city deposits all lost, stray and dead animals at the Triple A facilities, their financial contribution does not even cover one month’s expenses.

The running costs well exceed the funds that Triple A can raise through social events and our community is not stepping up as it should.

Some 150,000 people are registered as living in Marbella and around 30 per cent are foreigners, of nationalities renowned for being animal lovers. But to-date Triple A has just 280 members with a monthly €5 commitment – they need at least 2,000 just to have a chance of survival.

Without Triple A the stray dogs and cats may never find their way back home or into a new one as they will be taken for almost immediate extermination to the killing station El Paraiso in Alhaurin el Grande, who receive financial rewards for every life ‘taken.’

This is where the 500 souls at Triple A will end up if they have to close, at the extermination camp.

Anybody who thinks of adopting a pet or thinks they could adopt one to save it from certain death should call in to the Triple A without delay. Visit their website with photos of every animal that is there who needs a loving home – before it’s too late and before Marbella is again head-lining the international press for all the wrong reasons.

If you are an animal lover now is certainly the time to put your money where your mouth is: become a member of Triple A for just €5 a month if you can afford it and make sure our city doesn’t end up with their blood on our hands. www.tripleamarbella.org  www.marbellanowtv.com