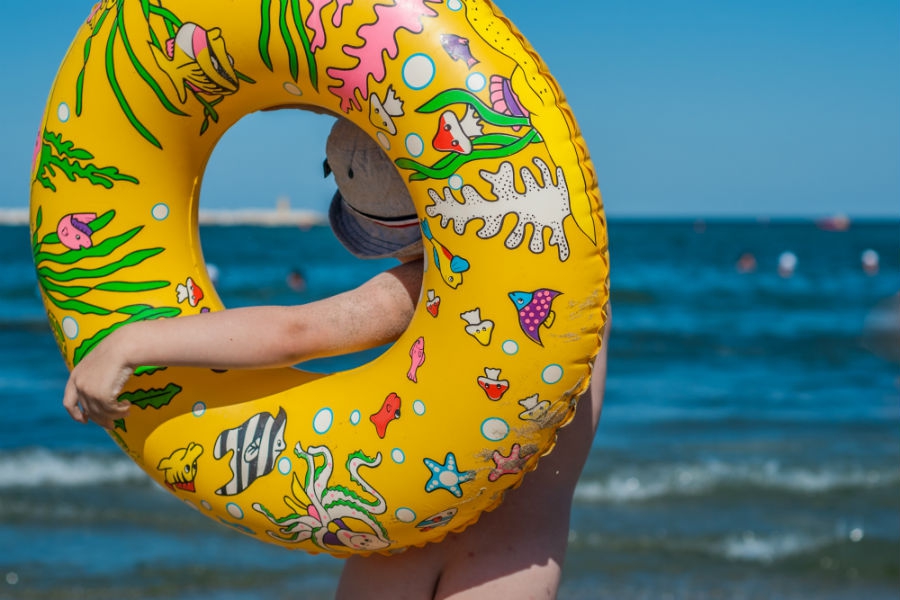 INFLATABLES: No beach trip is complete without one.

JUST how long would it take you to get prepared to go the beach?

Back in the 1970’s you searched for a towel and shut the door behind you. Nothing else was required. Those good old days are well gone. Truly forgotten.

These modern times require that no part of your body, including your feet can touch the dangerous sands on your pilgrimage to the beach.

You will need special shoes so your feet don’t get too hot. Furthermore, you require a large umbrella to keep that sun off you and anyone else sitting within 10 metres of you.

Then proper beach chairs, light, sturdy and can hold your weight (and Grandma’s too).

Huge blow up fearsome animals (purchased from the Chinese shops) for the beach are a must, crocodiles, ducks, dinosaurs good for only one trip anywhere before they die a quick death.

Long sleeve vests so that damn errant and not to be trusted sun will not burn you to a crisp and enough sun lotions of varying screen factors that you would need a small wagon to pull them unto the sands.

Sunglasses in various fluorescent colours purchased directly from the Looky Looky men will do nicely to give you a headache within an hour so you can properly retire to the nearest bar and blow the froth off a few cold ones.

Mission accomplished until the wife finally locates you and grabs you by the ear to return to ‘family time.’ Just while you were explaining to the bar man that Tottenham would rise again this year and Man U would fall.

Of course, all this packing paraphernalia depends on the number of soldiers in your army and the children’s friends and how many are marching with them.

Hiring a small van wouldn’t be out of the question or break beach protocol either. Buckets and shovels are a must.

Enough to dig a hole half way to China or at least break the leg of some late night lovers taking a stroll along the front in the dark hours. It is all performed in the ancient and grand tradition of going to the beach in a meaningful and deliberate way.

Yet, it is but second rate until the Spanish families from Albox show up and park their vans directly on the sands. They will be loaded with every imaginable consumable food product and few other complements other than chairs and a table.

In any case they will make more than an ostentatious visit and in a style to be admired by any moving army.

Beach days are a must if you’ve come from afar to enjoy the sands. If you live here you don’t go.

It’s a matter of civic pride and knowing you won’t find a place to park anyway. No, the days of going to the beach with just a towel are long gone.

The world has evolved into gadgets and they all must be attended and used.