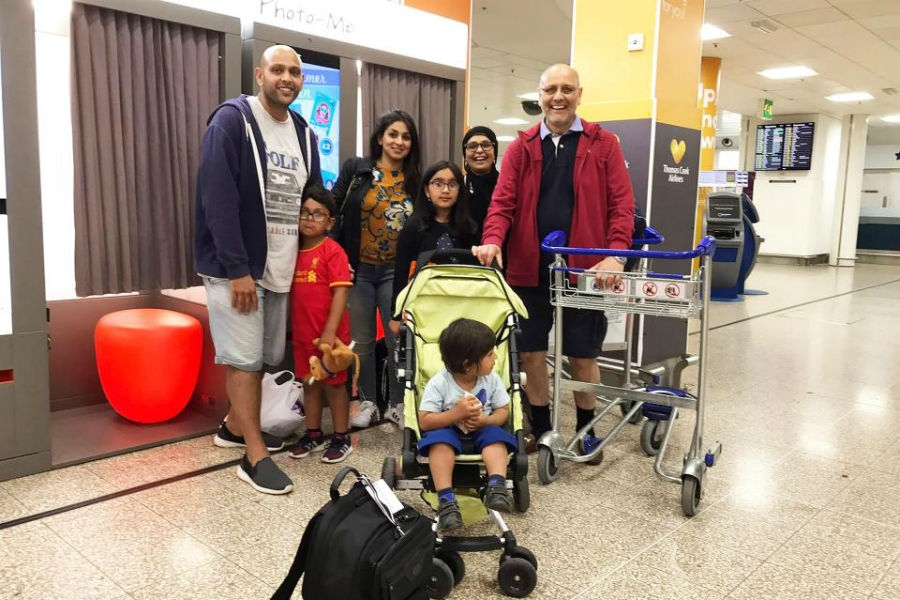 FAMILY FRAUD: Sheeba and her family lost a total of nearly €1500 on a Facebook scam.

A FAMILY of seven from the UK claim they lost over €800 on a Facebook scam for a villa that didn’t exist.

Sheeba Gharda booked the holiday last-minute after seeing the Marbella villa advertised on Facebook and received confirmation from the owner, who claimed to be a woman called Christina Lori.

The owner allegedly asked for the payment of the villa in full as the booking was such short notice. Ms Gharda’s father-in-law is reported to have paid the full amount of €820 just three days before the family were due to fly out.

The family, from Chelmsford in Essex, arrived in Marbella to find the villa they booked was nowhere to be found. They said they tried desperately to contact the person pretending to own the villa only to find the Facebook account deactivated and their calls and emails ignored.

Stuck in Spain with nowhere to go, Ms Gharda had no choice but to fork out an additional €650 for an apartment in Malaga so her two children and other family members had a place to stay.

Ms Gharda saw the advert for the El Caprichio villa on a Facebook group and made a booking for the weeklong break starting August 12. She claimed to have been in regular contact with the owner and that everything seemed professional and legitimate at the time.

The family reported the incident to the Marbella Police and located the original Villa Caprichio that had been used in the scam, to find it belonged to a Spanish family from Madrid who used the villa as their holiday home.

Upon returning to the UK, home, Ms Gharda made a complaint to Action Fraud Police UK. She also discovered that a number of families from nearby Essex and Surrey had fallen victims to the same scam after posting about it online.