Having a right to freedom of speech 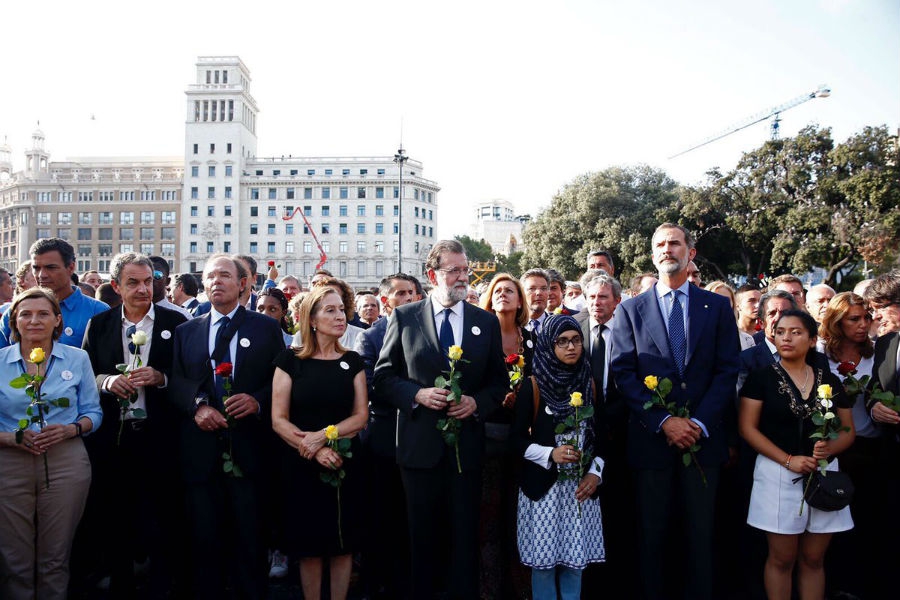 KING FELIPE and the president of the Spanish government Mariano Rajoy got the bird at the pro-peace, antiterrorist march in Barcelona.

The placards and banners suggested that this was because Felipe cosied up to the Saudis – who doesn’t? – and sweet-talked them into arms deals while Rajoy’s government is responsible for Spain’s arms sales.

Barcelona mayor Ada Colau and regional vice-president Oriol Junqueras said afterwards the recriminators were only exercising their right to freedom of speech.

Maybe, but many spent so much time protesting about the Spanish they forgot why they there were there to begin with.

ANGST and anger about the border between northern and southern Ireland is a huge problem that the Brexiteers forgot to solve beforehand.

If the Catalan secessionists’ wildest dreams come true and turn into their worst nightmare, they will face a similar situation.

Despite hard-done-by insistence to the contrary from the separatists, the region has never endured anything approaching Ireland’s troubles.

A hypothetical border issue would not stir up murderous centuries-old conflicts but the border problem would exist for an independent Cataluña.

One more question for Carles Puigdemont and his vice-president Oriol Junqueras to ponder on and answer before October 1. Or, more importantly, on October 2.

THE Spanish population were never close to their monarchs and the House of Borbon was largely unloved.

This was especially true of Spain’s Levante and Cataluña which suffered three centuries ago for backing the losers, the Hapsburgs, in the War of Succession.

Many, possibly most, Spaniards are basically republican at heart but softened when Juan Carlos opened the door to democracy after Franco died in 1975.

Sentiments hardened after the King Emeritus broke his hip while elephant shooting with his mistress in 2012 in Zimbabwe.

The economic crisis was then at its most brutal and it did not improve matters that Juan Carlos was there at the invitation of a Saudi businessman.

His son Felipe VI is regarded with respect and amiable neutrality, plus a general perception that he does his best. But it’s easy to see why Catalan republicans dislike him and why the regional president, mop-headed Carles Puigdemont, avoids being photographed with him.

Felipe is almost two.metres tall and standing beside him at the Barcelona peace marches, Puigdemont barely reached his ear.

BY slaughtering tourists in Turkey and Egypt and compromising the industries that serve them, Daesh and its acolytes and successors achieved two goals.

Much of their tourism has been diverted to formerly secure Spain which, after the Barcelona and Cambrils attacks, now begins to look less safe.

But Spain is not Turkey or Egypt, both of which have politicians whose unspoken sympathies lie with jijad.

Spain does not and, unhampered by ambivalence, it can do a more sincere job of protecting the population and tourists than Egypt or Turkey.

Hoteliers’ most worrying problem right now is the puny, Brexitweakened pound sterling which is more likely to deter British tourists than jihadists.