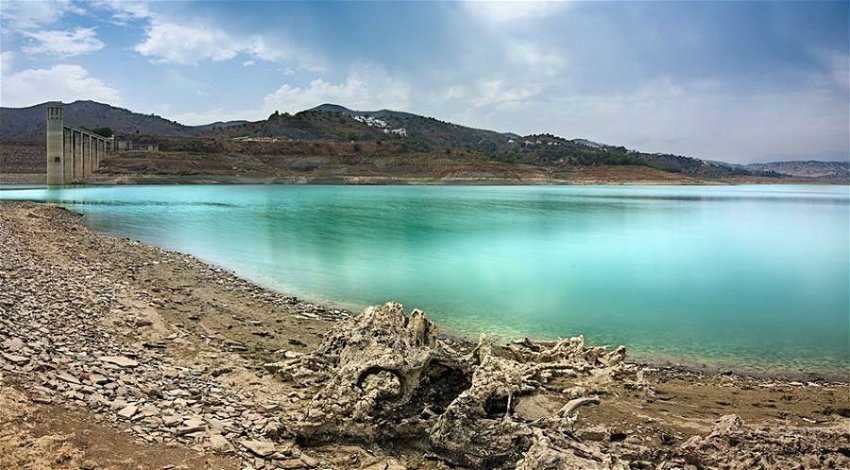 But it has emerged that only six of them have their documentation in order, calling into question the legality of a local industry that generates thousands of jobs and last year was worth €150 million.

Water was the main issue at the first meeting of the group, however, with the paperwork problem apparently pushed aside. La Viñuela reservoir is only 27.7 per cent full, with 45.84 cubic hectometres remaining, and it looks likely farmers will face irrigation bans over the autumn.

The growers, who are already prevented from watering one day a week, have demanded that the Water Board carries out a series of works which would prevent further irrigation cuts.

The group came together “to provide a single voice in the face of these bodies, on behalf of those who have been demanding emergency work for at least two years.”

The farmers, who have been putting pressure on the Water Board over the summer, have already had one win, with work resuming to the Rubite channel, which connects water supplies with La Viñuela, potentially bringing in an extra five cubic hectometres of water.

Work has also begun to connect the reservoir with the Rio Chillar in Nerja, adding a potential three cubic hectometres.

Meanwhile, the group of farmers has also put forward a list of local names to take part in the Central Irrigation Board, lending further strength to the group’s cause.

Cultivation of water-thirsty fruits, including mangoes and avocados, has more than doubled in the past 10 years, putting pressure on Axarquia’s water supply.

In July, La Viñuela reservoir reached its drought threshold, with only around a third of its water remaining. At the time, farmers called for further connections with reservoirs in Velez-Malaga, Algarrobo and Torrox, which they believe would bring in a further 10 cubic hectometres of water at a cost of €800,000.

Jose Fiscal, councillor for the Environment, admitted the increasing lack of water in La Viñuela was “beginning to take its toll.”