EWN EXCLUSIVE: The glitz and glitter of the Marbella International Film Festival returns 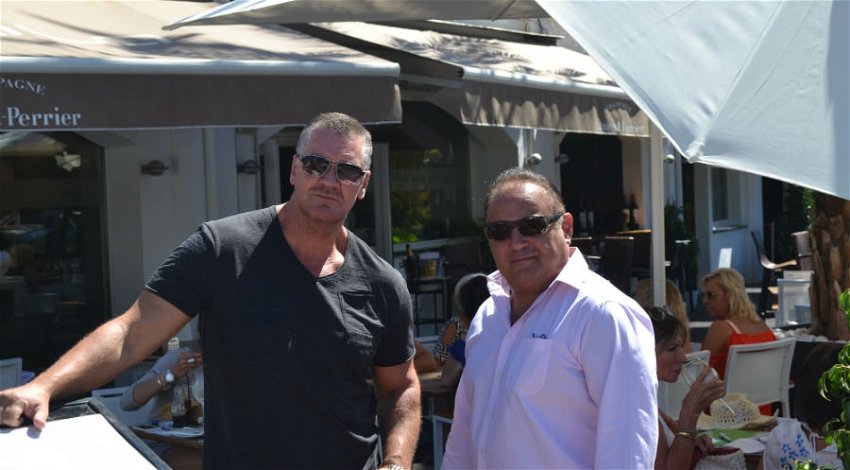 THE 12th Marbella International Film Festival of which Euro Weekly News is proud to be a sponsor will take place from October 4 to 8.

Mac Chakaveh the brain behind the festival is a businessman with financial interests in a TV company and in Marbella who wanted to see a promotion of the city in order to generate a greater interest in the culture and also employment.

With his contacts, he put together a competition and festival that now in its 12th year has attracted entries from 1,000 film-makers from all over the world, some of whom are competing for prizes in different categories and others who have agreed to hold their world or Spanish premieres in Marbella.

A short-list of some 40 films has been produced and will be judged by a network of industry experts, with each film having a showing at the Cinema Goya in Puerto Banus with screenings in the afternoons and evenings of the event.

Last year saw London Heist which starred Craig Fairbrass being premiered and this year his latest film, much of which was shot in or around Marbella, Rise of the Foot Soldier 3 will be shown and is one of the films expected to attract a great deal of interest.

This is a prequel to the highly successful Rise of the Foot Soldier franchise, concentrating on Pat Tate, the character played by Craig Fairbrass in a story of Essex, drugs and rock and roll with special appearances from Larry Lamb and Shaun Ryder, singer from the Happy Mondays.

So successful has the Marbella International Film Festival been that it now attracts major figures from the international movie industry, with artists, directors and producers from many countries already confirming that they will be attending.

Countries from which delegates will arrive include Argentina, Austria, Brazil, Georgia, Holland, India, Iran, Japan, Spain, the UK, USA and Venezuela all of whom will be interested in networking and seeing the facilities that Marbella is able to offer to film-makers.

Every day there will be a workshop at the H10 Andalucia Plaza followed by the screenings and there are three very interesting guests from the UK already confirmed as visiting who we expect to interview in the run up to the festival.

Michelle Collins is perhaps best remembered for her portrayal of Cindy Beale in Eastenders although she has appeared in many films and TV series since.

Currently she has completed a short film Black Road as well as appearing in British film The More You Ignore Me, a story about mental illness, Morrissey and guinea pigs alongside some of Britain’s most popular character actors.

Tim McInnerny who has found a brand new audience playing Robett Glover in huge hit, Game of Thrones after major roles in Notting Hill and The Blackadder series where he played the much put upon Lord Percy and then Captain Darling has been working steadily, mainly in TV since 1982.

Timothy Spall graduated from the Royal Academy for Dramatic Arts and initially spent his early working life in the theatre but landed the role of Barry in the ITV comedy-drama series Auf Wiedersehen, Pet which ran for four series.

From there, he found plenty of work on the small screen as well as becoming a much sought after movie actor obtaining roles in the Harry Potter movies, The King’s Speech and starring as the British artist J W M. Turner in Mr Turner which won him the Best Actor Award at the Cannes Film Festival.

With three films in post-production at the moment, he has become a busy and popular actor with a career that spans four decades and whose son Rafe has followed him into the acting profession.