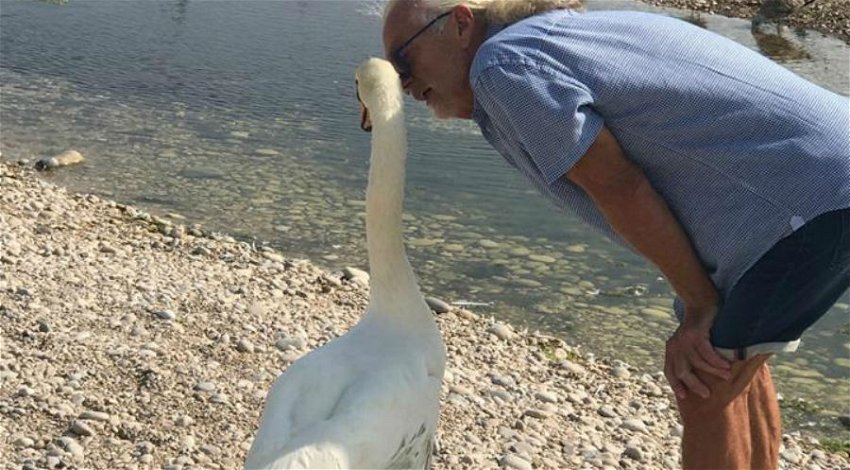 Paco and friend on the beach

A SPECIAL animal protection organisation in Altea, Somos Gos, has taken a particular interest in a swan which they have named Paco.

He has been injured on more than one occasion but manages to live on, with the help of the association, volunteers and a local vet.

After his second injury he appeared to become depressed and lost his appetite but the dedication of those looking after him is beginning to pay off.

Now firmly ensconced on a local beach and with veterinarian Chema prepared to visit and treat him there, he is on the mend.

Chema has examined Paco and removed some feathers which had become useless as the swan had been unable to move one of his wings and it is hoped that this action will help Paco to strengthen his muscles.

He is visited regularly and fed with the same food so that he does not need to move elsewhere and so that he can have medicine added to his regular feed if needed,

Blood tests have been positive but he does appear to have a high level of cholesterol possibly caused by well-meaning people offering to feed him with white bread and even crisps.

Somos Gos wants to see a sign erected warning people about the dangers of allowing dogs near to ducks and swans and also asking them not to feed him.

Volunteers who can help by producing the sign, pay veterinary bills or just to give their time to the association should visit the Somos Gos Facebook page which also shows a number of cats and dogs looking for forever homes.