The day America accidentally dropped a nuclear bomb on Spain 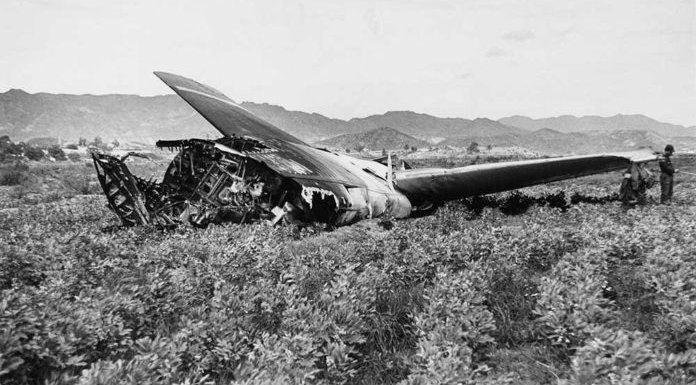 HIROSHIMA and Nagasaki: The only two occasions in history when nuclear weapons were used in combat. But who remembers the time America accidentally bombed Spain?

The 1966 Palomares B-52 crash occurred on 17 January when an American bomber collided with a refuelling tanker over the Mediterranean Sea, killing seven of the 11 crew members.

The aircraft carried four hydrogen bombs, one of which fell into the Mediterranean and was recovered intact two months later. The remaining three landed near Palomares in Cuevas del Almanzora.

The first bomb fell safely when its parachute opened, but the conventional explosives in the other two detonated and created a ‘dirty bomb’. As a result, a two-square-kilometre area in Cuevas del Almanzora (mostly residential areas, farmlands and woods) was contaminated with radioactive material.

After a significant clean-up operation by the Americans, the US moved 1,700 tonnes of contaminated soil to South Carolina for burial. The Spanish were rightly concerned about the impact of the event on its burgeoning tourist industry, leading the minister of tourism, Manuel Fraga, and the American ambassador to bathe in the sea to prove the waters were safe.

The incident, taking place at the height of the Cold War, was then largely forgotten, save for Spain prohibiting NATO aircraft to fly over Spanish territory either to or from Gibraltar.

In 2004 a study revealed that there was still some significant contamination present, including snails with strange levels of radioactivity. The Spanish government subsequently took control of the contaminated land, and dialogue with the Americans reopened as to the cost of continued cleaning operations.

No indication of health issues has been established among the local population in Palomares since, but it’s been claimed many died from cancer as a result of the contamination. As Spain was still a dictatorship, Franco had any medical files destroyed. U.S airmen involved in the clean-up suffered crippling illnesses and death related to radiation exposure. Hundreds, if not thousands, have likely been affected by the accident.

In 2015, the US secretary of state, John Kerry, and the Spanish foreign minister, José Manuel García-Margallo, agreed to clean up the contaminated area and “store the contaminated earth at a suitable location in the United States”.

Time magazine called the accident one of the world’s “worst nuclear disasters”. In Palomares, most people prefer to forget about it, although it’s subtly recalled by a street called “17 January 1966”.

As for nuclear weapons in the modern age? Well, the flight originated from Morón Air Base in Spain. Apt, if any name ever was.