Gone but not gorgotten – ever! 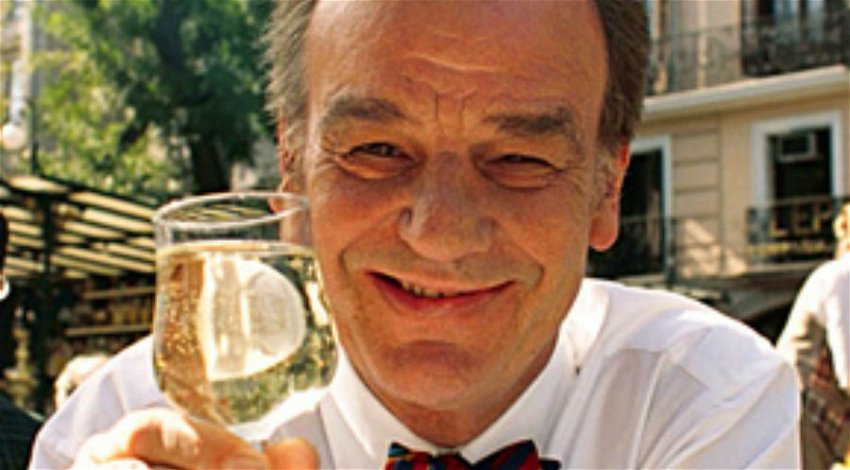 One for the long and winding road.

IT has been eight years since the world of television lost one of its greatest and most successful food presenters.

Away from the clinical studio style of Fanny and Johnny Craddock and even the delightful Delia Smith, Keith brought ‘personality’ to food.

Keith was born in Exmoor and went to Wellington School. He first started in journalism before joining the army, the Third Royal Tank Regiment, in 1963.

Sadly this was not to last and the army’s loss was the catering world’s gain.

Keith started his catering career like most of us in those days by washing up and preparing vegetables in restaurants in France (where he learnt to speak virtually fluent French) and London before opening his first restaurant in Clifton, Bristol in 1966 at the age of 23.

Very popular with young people who used to queue outside to wait for a space in the refectory style dining room. Keith’s life became synonymous with hard drinking and heavy smoking as the years rolled on, but in the early days a glass of wine and a good meal were his raison d’être and his first marriage in 1967 at the tender age of 24 to Jesmond Ruttledge boded a step into what could be called a normal life.

However there were two things that Floyd was not too good at – relationships and business. After three years of marriage he and Jess split up, he having become a father to Patrick.

In the early 70’s he sold the restaurant to another friend of mine Neil Ramsay (no relation to Gordon) who increased business at the already successful bistro and through the latter years he reformed it until it became more of a fine dining restaurant which his son Peter eventually took over.

It certainly did Neil well – enough to retire very early!!

With the proceeds from the sale of his restaurant, Floyd ‘broke free’ and bought himself a yacht and sailed the Mediterranean. After 18 months and not having seen his son for that time he returned to spend more time with him but this time with a new woman in his life.

That didn’t last too long either and he soon met Paddy, the editor of the paper for whom he first wrote.

They took the brave move of opening a restaurant in his beloved France, in the Provençal town of L’Isle-sur-la-Sorgue. Things didn’t go well and so they returned to the UK and went their separate ways.

WHEN we both had restaurants in Bristol. I also took over one of them in Clifton in the early 80’s.

One of his many restaurants, however, was to become the birth place of Floyd’s huge rise to TV success. I got a phone call from his able bodied right hand woman, Angie, in a bit of a panic as she was getting ready to open his latest venture in Clifton, but Keith had gone AWOL!!

If I remember she had had a flood in the place and there was no kitchen help and the restaurant had bookings.

So I sent up two of my chefs to help her out and we opened Floyd’s for him!

One of his regular customers was a chap called David Pritchard, a producer from BBC Southampton TV.

Each time he came in Keith would avoid speaking to him as he kept sending messages to the reluctant star asking if he could do a TV programme with him.

David’s persistence paid off and Keith was persuaded to make a pilot. Filmed in a domestic kitchen in Southampton, Floyd on Fish was born.

Floyd on Food, Floyd on Fire and even Far Flung Floyd were to follow. One day somebody asked him if he had chosen the name Floyd on purpose so as he could match it to the programmes and books!!

Success grew and grew. With his new style of presentation, “Come here Clive (cameraman) focus on the food that’s what the viewers want not pictures of me!”

But it wasn’t really.

The viewers tuned in, in their millions to watch the ‘bow-tied’ ‘shabby-chic’ presenter ‘slurping’ his wine and bossing Clive around.

Success did mean that he left a lot of his old friends behind. In 1985, I interviewed him for my radio show in Bristol at the time. It was an easy interview. After all it was just two mates sitting discussing one of their lives and good fortune.

I left the UK in 1986 and did not see him again until 1992 while he was filming Floyd on Spain. By then he had started drinking. Not just his occasional wine, but Scotch.

Also he had married again, Julie Hatcher was to provide Keith with his second child Poppy. But success, travelling and drinking took their toll and they eventually divorced.

ON what he called a ‘Murphy’s inspired whim’ but that didn’t work out either.

In an effort to get back on track Keith opened the Maltser’s Arms in Tuckenhay in Devon, the sign outside saying Floyd’s Inn (sometimes).

Even with a young talented French chef in the form of Jean Cristophe Novelli, the pub was to go the same way as his other ventures.

Sold in 1996 and by now on his fourth wife and living on the Costa del Sol he was drinking more heavily and he would do a half bottle of Scotch ‘before breakfast.’

Restaurants were no longer part of his ‘portfolio’ although he did ‘lend’ his name to a Floyd’s Brasserie in Phuket in 2007 which gave him an excuse to travel a lot to another part of the world he loved.

By 2009 his lifestyle came back to haunt him as he was treated for bowel cancer.

He spent a lot of time recovering at the home of mutual friend Paul Hickling, of Roman Oasis fame but spent more time back in the UK.

It was there, on September 14, 2009 having been given the ‘all clear’ from his cancer he went out for lunch with his companion Celia to celebrate.

On their return they were expecting to watch a documentary, Keith on Keith (by Keith Allen). But he never got to see it.

He died of a heart attack while sitting on the sofa.

Cheers my friend, I’m just going to pour myself a glass of wine to drink your health.