EXCLUSIVE: Rhonda Ross Kendrick is her own woman 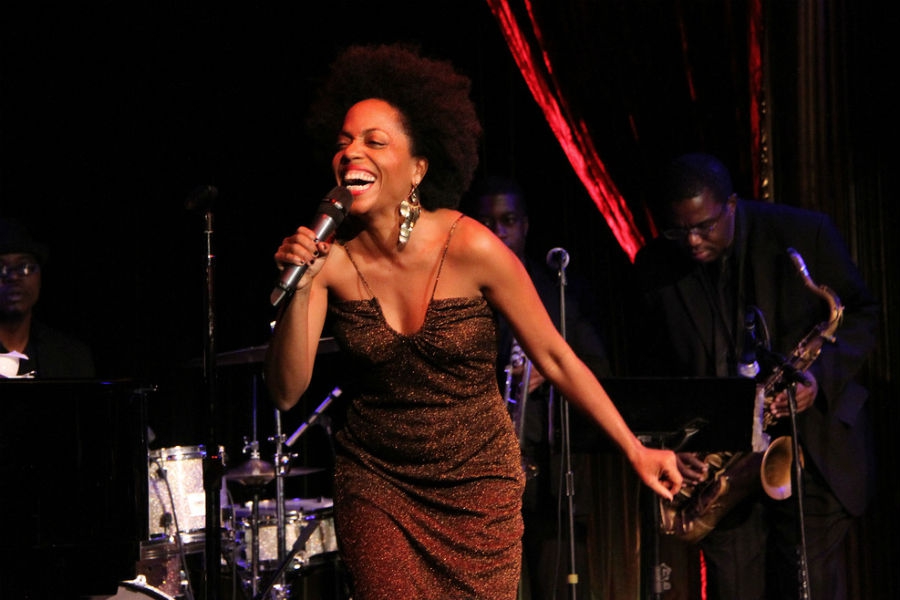 ALTHOUGH not strictly within the area that this paper covers, the opportunity to interview Rhonda, the eldest daughter of Diana Ross was too great to ignore.

She and her husband Rodney Kendrick are on a short tour of Europe which has taken them to France, Switzerland and Germany before making her first professional visit to Spain although she visited on holiday when a teenager.

As their tour comes to an end, the pair will be playing for the first time at the Jimmy Glass Jazz Bar in Valencia as part of its 25th anniversary celebrations next Tuesday so if readers are intrigued by this article, it isn’t too long ja ourney there and back.

When we spoke, Rhonda and Rodney had just arrived in Hamburg and she broke off rehearsals as each show is performed with a local band of musicians.

“We have received a great reception. Rodney has played in Europe before but I haven’t and European audiences are so receptive.

“I do speak French but not German or Spanish and therefore my show which includes talking about my journey through life and trying to make the world a better place may be a little more difficult but audiences seem to feel an affinity towards the music and what I am trying to convey.”

Rhonda originally followed the path of an actor appearing in US daytime TV and being nominated for an Emmy but eventually found that her love of music, her marriage to jazz pianist Rodney and the influences of both her mother and jazz diva Abbey Lincoln made her focus her career on singing.

When asked about her style, Rhonda was quite clear saying “I don’t like to be categorised, my latest record ‘In Case You Didn’t Know’ leans towards RnB but when we perform it can change from moment to moment.

We are spontaneous and improvise as we play. “Our set includes songs from the album plus some standards and covers but performed in our style.

“It is very exciting to be visiting Spain and hope that the audiences enjoy what we do especially as we will be backed by a hand-picked group of Spanish musicians.”

Inevitably the conversation turned to her mother Diana Ross and her influence on Rhonda and her response was quite straightforward and in many ways refreshing “Diana is an incredible woman and a glorious mother.

“I never play any of her material in my sets as this is my way of setting boundaries. I’m happy for people to be curious about me because of our relationship, but I am not Diana Ross junior I am Rhonda Ross Kendrick 2017.”

Following the interview, Rhonda kindly agreed to answer a number of questions in writing in order to give an even wider view of this intriguing performer.

What is your favourite food?

I love pasta and I love cheese (all kinds of pasta and all kinds of cheese – there is no pasta or cheese that I don’t like!) … I recently became a vegetarian so happily these two things are still on my list of ‘can eat’ foods!!

Who would you invite for a meal dead, alive or fictional?

Antoni Gaudi – I am fascinated by artists who are strong minded and not limited by society’s boundaries. Artists who follow their passions wherever they may lead!

What is your secret pleasure?

I love to draw. I can sit for hours and draw. It’s like meditation for me.

Which is your favourite band?

There are so many to choose from!! But for the purpose of this interview, I will say George Clinton & Parliament Funkadelic! I love the fun, funky creativity of the band. And again – George Clinton has never been limited by anything outside of his own imagination!

What song would you like played at your funeral?

On my newest CD (In Case You Didn’t Know), there is a song titled Evermore. I wrote it about the type of the love that never ends – it even bridges the coasts between life and death.

When you can’t see me

You’ll always feel me Deep in inside

Away from my love You can never begin to hide

I like that I have been true to my artistry. That I have not allowed society or the industry to define me, my art or my career. I am creative. I am strong and I am confident.