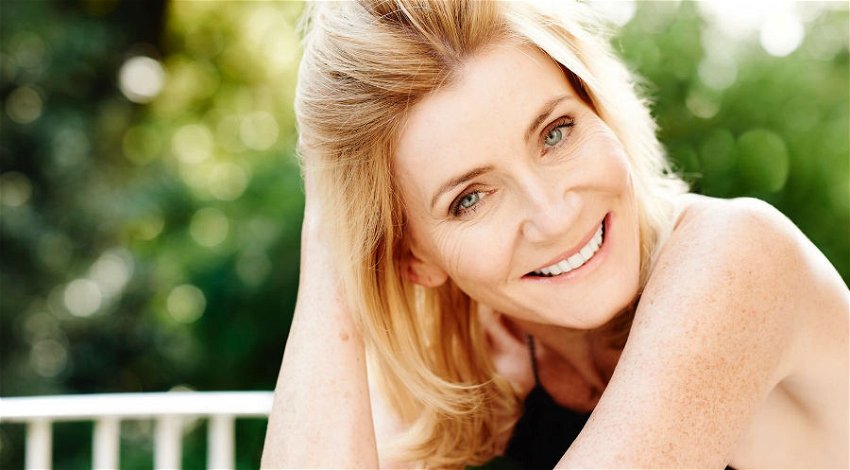 RESPECTED actress Michelle Collins will present her latest film at the Marbella International Film Festival which runs from October 4 to 8.

As the media sponsor for the Festival, Euro Weekly News has special access to some of the many celebrities due to visit Puerto Banus and this week, we were delighted to speak to Michelle.

Known for a number of TV and stage roles, she explained that she came up with an idea for a story which she wanted to develop in order to look to feature a prostitute as the main protagonist rather than a minor character used to move a story forward.

She discussed the basic plot of what has become a short (20-minute) film Black Road with producer friend Debbie Gray, known for the well-received British film Northern Soul and the soon to be released ‘The more you ignore me’ which also features Michelle.

Debbie thought that the concept was strong enough for a TV series of perhaps six episodes but in order to take the possibility forward she suggested that a short film would be an ideal vehicle, especially if it was to be successful at international film festivals.

Michelle took on the role of executive producer and raised most of the money so that they could bring in a professional screen writer and the director Tim Fywell as well as a strong cast with Michelle taking the lead role as Maggie an ageing prostitute who decides to do a good deed to help Lilly a young girl played by the critically acclaimed Molly Windsor.

This four handed short is set in Blackpool and Michelle pointed out that the weather was cold and dark which suits the film completely and added to the atmosphere of the movie which has found considerable success, winning best film at the European Short Film Festival in Berlin and special mention at the Delhi Shorts International Festival.

Now, Dark Road is entered into the Marbella International Film Festival and Michelle is looking forward to attending the screening at the Teatro Goya in Puerto Banus on Thursday October 5.

A regular visitor to Spain, Michelle says that she knows Malaga better than any other city but while she loves to be in Malaga, she is very much looking forward to spending a few days in Marbella and naturally hopes that her short film will be successful.

She is very open about her future career, explaining that as female actors age, so there are fewer strong roles available so she wants to expand her repertoire in order to be able to keep herself busy in the industry that she loves.

Having learnt a great deal from her role as executive producer of Black Road, she decided to become involved in producing a stage play, the two hander ‘A dark night in Dalston’ which she also appeared in to good critical reviews.

Her latest venture is to play the mother of Mark Addy (in flashback as they are roughly the same age) in the soon to be released ‘The more you ignore me’ written by Jo Brand and featuring an array of British comic actors including Sheridan Smith, Ricky Tomlinson and Sheila Hancock.

Not content with all this work as well as making a number of appearances in a new TV comedy The Mayoress, fitness aficionado Michelle Collins is also in the process of launching a beauty range known as Pellum Vera by MC Skin Care.

With a career that has seen her as a singer with Marie Wilson and the Wilsations, regular appearances on TV in Eastenders, Sunburn and Coronation Street, stage performances, films and nearly 40 years of regular work Michelle is sure to find continued success with all that she does.

It must also be mentioned that alongside all of this, she is also heavily committed to charitable work being an ambassador for Oxfam, an ambassador for Ambitious about Autism and patron for the Alexandra Wylie Tower Foundation which helps young deprived children in North London.