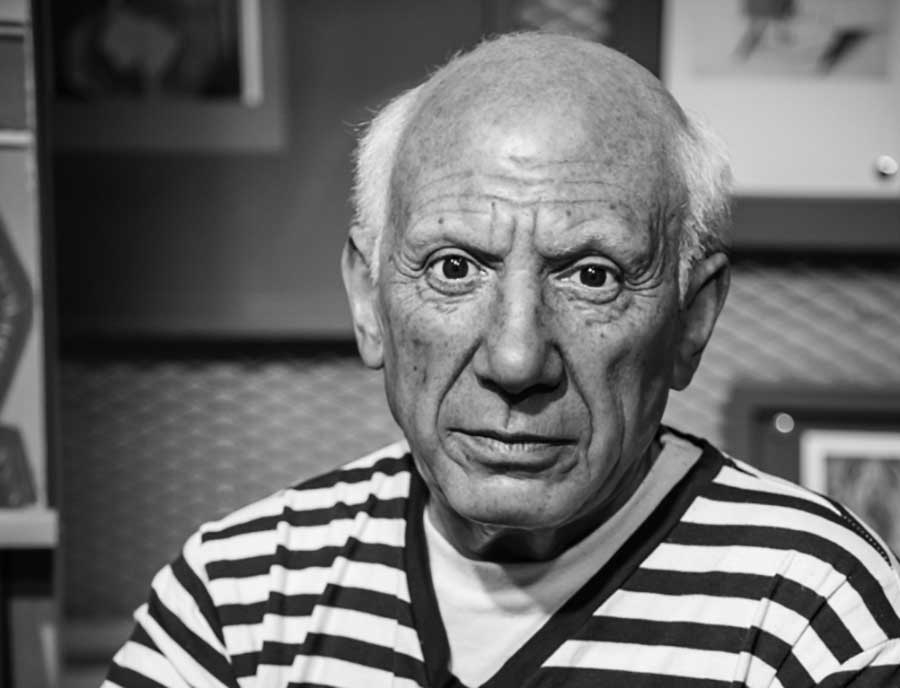 THE REAL ONE: Pablo Picasso

LIKE many mothers (I assume… but have never asked) I am continuously on the look-out for a special and genius talent in my children that I can exploit.

If it is not a talent I can make lots of money from (they owe us), at least I can feel pride in and excuse their less desirable habits. “Yes, I know he forgets his manners but he is too busy composing his next symphony,” or “he might not flush the toilet but his athletic skills are second to none.”

I have now concluded this is unrealistic and I have taken my expectations down a peg or two (mostly) and simply hope to produce well-rounded individuals.

This I do by pushing them into a diverse number of hobbies. The problem is the boys aren’t keen. When trying to get Harry to attend a holiday club this year, his reply was “I just don’t like being told what to do.” (And don’t I know it).

The one organised, extra-curricular activity the boys do is a football club and that is only because Nick runs it. Brilliant.

Chiefly, they like watching age-inappropriate videos on YouTube and playing computer games. When encouraged (forced) to give up the screen, one of Sam’s hobbies is drawing.

Unfortunately, he is no Picasso, he likes drawing stick men because they are easy. Harry said recently: “Why are you getting worse at drawing Sam?”

I know why, he gets frustrated if a drawing of a person isn’t perfect so he’s given up and goes for stick men instead.

My ears pricked up…  “this is it,” I thought. He is a philosopher. His existential musings clearly indicate he has a gift. I don’t really know what “existential” means, but I’m sure it has something to do with a sense of self. I did think about looking it up in the dictionary but I’m too busy on Facebook.

The point is, he will surely make his fortune (and mine) as a world famous philosopher.

I should research this, maybe there is a specialist school of philosophy in Madrid? We’re not moving though, I like the beach. I will keep a close eye on developments in this area. Perhaps there is some sort of WhatsApp correspondence course he could do? I’m sure he’d love that.