Spectre from the past 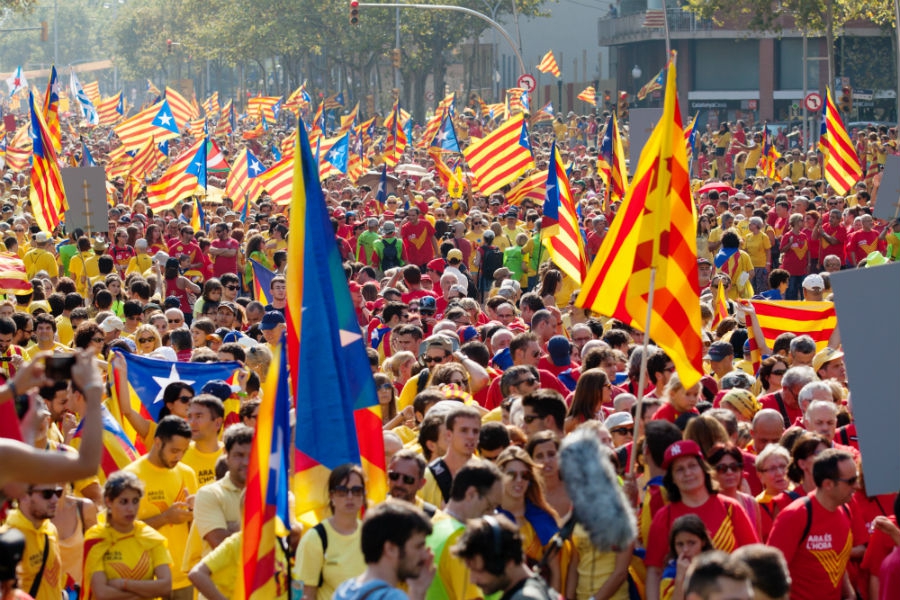 THEY got Al Capone for unpaid taxes and they’re digging for dirt on Cataluña’s regional president Carles Puigdemont.

Allegedly Puigdemont can be linked to dodgy deals and contracts in Girona whose mayor he was before being called to greater things in Barcelona.

Puigdemont, incidentally, was never elected president but took over when CUP demanded Artur Mas’s head in exchange for their votes in the 2015 regional elections.

Much of CUP’s disapproval of Mas resided in his links to the demonstrably corrupt Pujol governments. Now it turns out that Puigdemont isn’t exactly lilywhite himself and allowed questionable contract procedures to continue.

Hardly heinous but not the best image for someone who enjoys throwing the first stone where corruption is concerned.

JUNCKER said it loud and clear and not for the first time: if Cataluña leaves Spain it leaves the European Union.

Asked if the EU would recognise an independent Cataluña as a country he replied that it would if that were the outcome of a legal referendum.

Jubilant secessionists threw their Catalan-Phrygian caps in the air before Juncker got to the end of the sentence and were crestfallen when they learnt that the EU president had used the conditional tense and the adjective ‘legal.’

The separatists have only even listened to what they wanted to hear and never did manage to get the message sent by the poor turnout for the November 9 mini-referendum in 2014 and the discouraging 2015 regional elections.

The snowball and the avalanche

EIGHT of the 12 ministers in Rajoy’s first government were lawyers and two – including the vice-president Soraya Saenz de Santamaria – were State lawyers.

Dolores de Cospedal, Saenz de Santamaria’s eternal rival who is also the Partido Popular’s Secretary General and Defence minister in the present government, is another.

They are the legal representatives of state and public bodies, possessing a prestigious qualification requiring years of study. Rajoy was Spain’s youngest ever Property Registrar – another plum post – at the age of 23.

Rajoy’s government knows the law inside out and sheltering behind the legal system and the courts is its habitual response to corruption scandals and Catalan independence.

Snowballs become avalanches and Catalan independence is enveloping Spanish politics in a whiteout that will not clear whether or not the referendum is eventually held and whatever its outcome.

The snowball that Mariano Rajoy’s government has ducked time and time again is hitting home and it’s full of stones.

But instead of reacting with an ‘Ouch!’ and offering to talk about it, Rajoy remained calm and warned the snowball-throwers that they must face the legal consequences.

It didn’t work when the Catalan separatists began baying during Rajoy’s first term. It has produced disastrous results in the second and no-one, let alone Rajoy and his legal eagles, knows where it is leading to now.

PODEMOS and the small parties under its umbrella are planning a national assembly that will back separatism throughout Spain.

Presumably that will make kingdoms of Valencia, Navarra, Aragon and Castillas with Andalucia reverting to a caliphate.

Not so good, though, for Cataluña in the event of a Catflap (Cat-exit, gettit?) as it would be reduced to the vastly inferior status of a measly county.

Venezuelan dictator Nicolas Maduro has expressed his support for the Catalan Proces towards independence. With friends like that who needs an enema, as the poet once said.