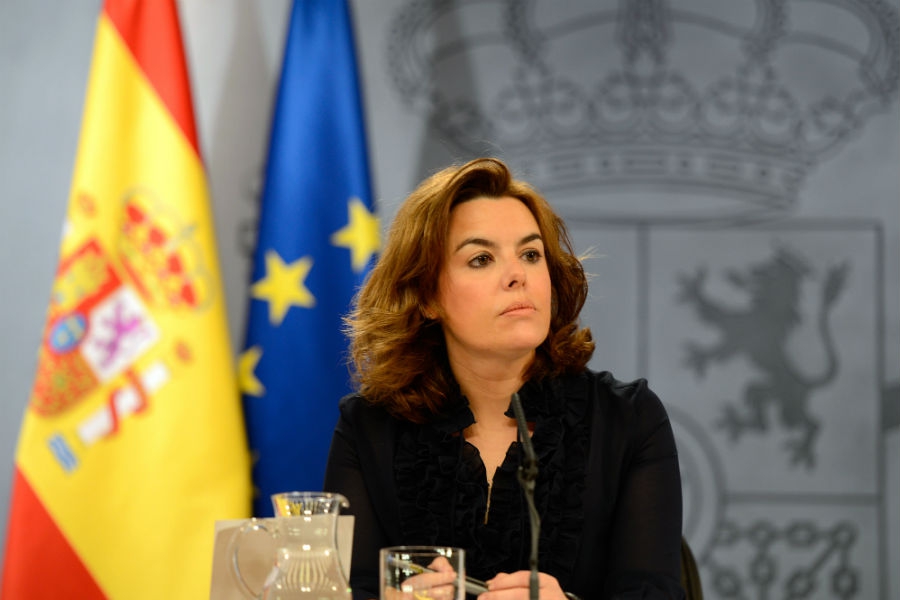 OCTOBER 1, the day of the illegal Cataluña referendum, was abbreviated by the Spanish media to l-0.

This looked like a football score with a victory for the home team. That is how Carles Puigdemont and his separatist supporters still see it, although Soraya Saenz de Santamaria, the Spanish vice-president insisted that the match never happened.

“There was no referendum,” pronounced the woman routinely called on to do Mariano Rajoy’s dirty work.

On the contrary there was a referendum albeit with only a 42 per cent turnout. Ninety per cent of the people who voted, those happy to participate in a ballot with no legal guarantees, voted for independence.

The regional president Carles Puigdemont interprets this as a mandate to declare independence within days, even though the ‘yes’ vote represents only 27 per cent of Cataluña’s population.

So not only has he split Spain apart but he is going to divide Cataluña as well.

THE Spanish government failed to understand that not all of the Catalans who wanted a referendum, wanted secession.

Thousands of police and Guardia Civil officers were seconded to the region to stop them from voting and the more Rajoy used words like ‘sedition,’ the more he fuelled the referendum fire.

Not for nothing was he compared to a pyromaniac by a Catalan Euro-MP on October 1.

That fire will take a long time to extinguish. Spain and the world saw footage of black-clad National Police and Guardia Civil officers, armoured literally up to the eyeballs manhandling grannies, jostling pensioners and laying into youths.

“We did what we had to,” Rajoy said, although rubber bullets and bloodstained voters are not the best way of upholding the law.

The days have gone when Mariano Rajoy could lie back and think of Spain in tricky situations. The government’s inability to parley and their inflexibility conveyed obduracy and fear, not strength and now no-one is happy. Not the Catalans and certainly not both governments who must pick up the pieces. How they will put them together is anyone’s guess.

I tawt I taw a puddy tat

THE only joke last week was a cruise ship, docked in Barcelona harbour.

One of three, it was chartered as floating lodgings for the 5,000 National Police and Guardia Civil personnel brought in to keep the peace before, during and after the referendum.

An oversized picture of Tweety Pie, accompanied by Daffy Duck and Wil E Coyote decorated its side which was tactfully covered after going viral. It was good black humour, another of Spain’s inventions along with the helicopter and the submarine.

Especially as few were sure then and still fewer are sure now who is a-creeping up on who.

JP MORGAN advised investors that Spanish bonds are no longer a sure bet, thanks to Cataluña.

Instead they should choose Germany, which is logical, or Portugal owing to Spain’s ‘constitutional crisis.’

The latter option was nothing short of humiliating as along with Italy, Greece and Spain, Portugal was one of the PIGS in the doodoo during the economic crisis.

Mariano Rajoy who repeatedly pats himself on the back for dragging Spain out of the economic crisis criticised his predecessor Jose Luis Rodriguez for failing to see it coming. And now Rajoy, who didn’t see the Catalan car crash coming or take seriously its effects on the economy, has created more problems with his habitual passive-aggressive response.