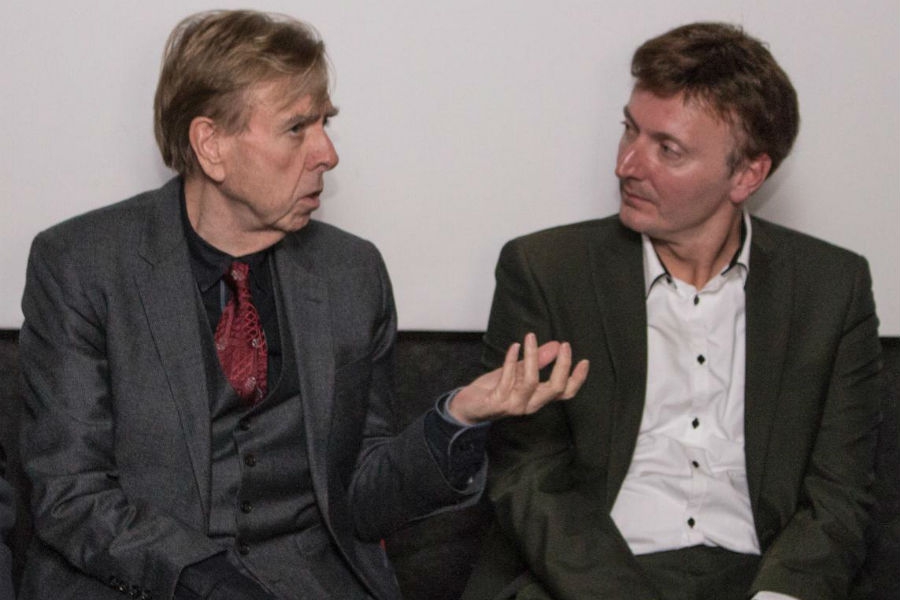 AWARD-WINNING director and writer Stephen Cookson will be at the Marbella International Film Festival with Timothy Spall as they present the unique Stanley, Man of Variety.

“I always knew that I was destined for a career in the arts having been a member of the National Youth Theatre alongside the latest James Bond, Daniel Craig and appeared as an extra in a number of blockbuster movies including Mission Impossible and The Russia House” Stephen told Euro Weekly News.

He decided however that his future was more likely to be in writing and directing and was involved in a number of short films with members of the Monty Python crew as well as music videos which brought his name to the attention of a number of producers.

Funds were made available for his first feature, a comedy, Stone Man which he wrote and directed and this was followed by another comedy Mumbo Jumbo again as writer and director which introduced him to a number of popular British character actors such as Brian Blessed.

Other films followed including a musical starring children in the vein of Bugsy Malone but his creatively successful film My Angel was a great critical triumph winning Best Film, Best Director, Best Screenplay, Best Actor and Best Actress at the Monaco Film Festival 2011.

With another great British cast which included the late Mel Smith and Brenda Blethyn, Stephen struck up a professional and personal friendship with Timothy Spall who he considers to be an exceptional actor and they spent several years trying to find an ideal vehicle for a new film project starring Timothy.

An idea about a prisoner who escapes into the world of football was given to him by a friend Falcon Fields and Stephen spoke to Timothy about the concept, but as the actor doesn’t even like football, that was a non-starter.

For two years Stephen played with the concept and kept trying to enthuse Timothy about playing an entire cast of characters single handedly (perhaps a little akin to Kind Hearts and Coronets where Alec Guinness played eight different parts) but whilst the actor liked the concept, he didn’t think that he was up to the challenge.

Eventually after a great deal of discussion about their joint love of classic comedy characters, Timothy was won over and agreed to play 16 different characters in Stanley, Man of Variety, an unusual yet compelling story.

Stanley finds himself in prison for a crime he believes that he didn’t commit. After many years in solitary confinement he begins to talk to his comedy heroes from the past as each one tries to help him remember what he has done.

The narrative follows Stanley through his journey of hallucinations as he faces up to his unusual upbringing and his parents’ bizarre religious beliefs and he becomes desperate to learn the truth about what happened to his daughter and what happened to the ordinary life he had always dreamed of.

Apart from playing his own parents and Stanley, Timothy Spall appears in character as a number of well-remembered comedians and actors including Max Wall, Noel Coward, Tony Hancock, George Formby, Max Miller and Alastair Sim.

The schedule for this film was particularly tiring for actor and director alike with Timothy filming one character each morning after being made up before reverting to Stanley in the afternoon.

Acting 16 different characters, all of which had to be filmed separately and then edited in to the final 85-minute film was a challenge but off camera, an actor read the lines of the characters that Timothy was playing in order to allow him to be able to focus his sightline and also react to a third party.

The film has received a huge amount of praise at different festivals in China, Chile, France, Ireland and the UK that it has been entered into and has won several awards already.

Actor Timothy Spall and Director Stephen Cookson are attending the Marbella International Film Festival next Saturday when their film will be shown at 5pm and the pair will also be involved in a Question and Answer session.

Stephen has never visited Marbella before and commented “I am really looking forward to sharing this incredible film with visitors to the Festival and to enjoy being in what I understand is a great city.”

Timothy who has been bitten by the sailing bug sailed to Marbella, planning the journey to allow him to arrive in time for the screening of the film.

Saturday night is a strong night at the Festival with My Best, the story of Calum Best’s journey to understand his father, the iconic footballer George Best, a man that Calum never really knew, being presented at 7.30pm.

For more details of these and all of the films at the Festival, visit www.marbellafilmfestival.com.