Catalonia was a gross injustice, plain and simple 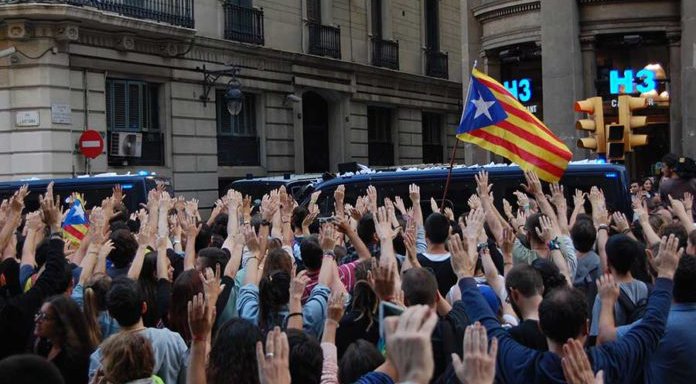 WAS the Catalan vote for independence illegal? Yes. It’s that simple.

The 1978 Spanish Constitution, agreed across the country in the years after Franco’s death in 1975, makes two explicit provisions regarding the now real possibility of Spain’s disintegration.

The first is that the “the Constitution is based on the indissoluble unity of the Spanish Nation”. Secondly, “political decisions of special importance may be submitted to all citizens in a consultative referendum” but that the “referendum shall be called by the King on the President of the Government’s proposal after previous authorisation by the Congress.”

The moral argument, however, is much clearer. Catalans, through elected representatives in their parliament, are invoking the cardinal right to “self-determination of peoples” stipulated in the Charter of the United Nations.

To many Spaniards, there is already a real antipathy towards Catalonia as the odd Uncle who we never honestly knew and never liked Christmas get-togethers. So if they want to go, do so, but ‘you won’t get a penny’ (ignoring, like any grandstanding in a divorce, the complicated calculation of entitlements after centuries of integration).

To many Catalans, the pull of unique culture, identity and language has not only been fuelled by the Spanish Government’s legal intransigence but now by the sight of a riot force sent in to quell the elected mandate of their Parliament.

So what is worse, the chicken or the riot force? There is blame to go around for the 800 injured, including ten police officers, on October 1st. The mistake of Mariano Rajoy, the Spanish Prime Minister and the President of Catalonia, Carles Puigdemont, was to misjudge when the other man would fold in high stakes poker game.

Both both must have known this would happen, and both are responsible for failing to observe the will of people across Spain. If the Catalans want to go, then let them, but do so within a legal structure that respects all Spaniards. That is the spirit of the Constitution, and to the spirit of the law to reflect the will of people across the world.

Fighting to end Apartheid wasn’t legal. Indian protests against the British Empire weren’t permitted. The American and French revolutions weren’t constitutional. For that matter, slavery was perfectly legal until 1875 in the United States. Change does not always come from operating within a constitutional framework.

Intransigence and stubbornness is the real enemy here for both parties. Intractability, either by cracking down on civilians or by declaring unilateral independence, will solve nothing. A real referendum must be had, that respects all Spaniards.