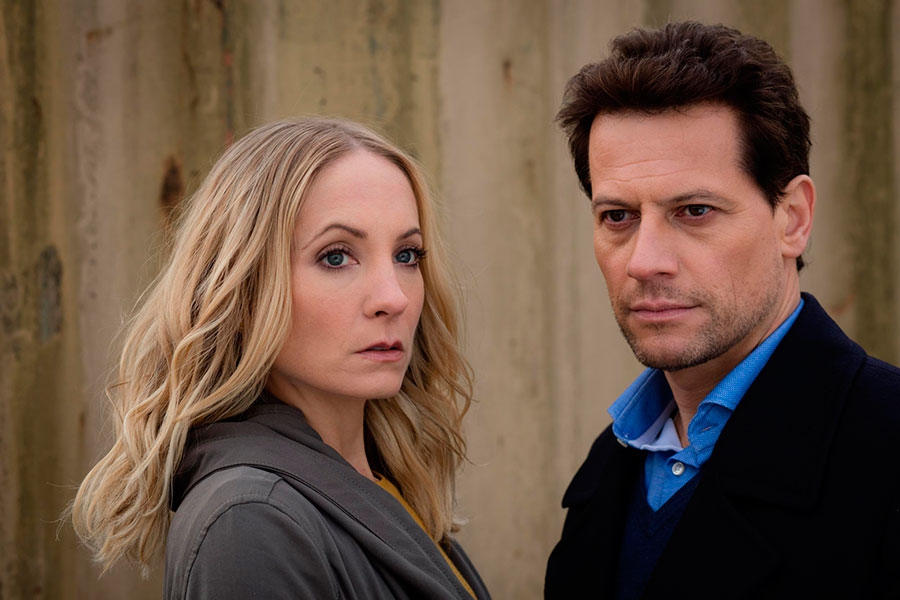 THE plot certainly thickens by the week.

Liar, (ITV1, Mondays) has suddenly turned dark. What started as another ‘did he or didn’t he’ rape drama has turned into something far more sinister.

The series is staying just the right side of plausible with most of the characters interlinked in some way.

Andrew Earlham – an alleged rapist – has gained a universal door key such is the ease at which he enters the houses of chosen women who then wake to fears and beliefs of being victims of rape.

While the sister of main possible-victim Laura is having an affair with her sibling´s ex, Earlham´s son has Laura as his teacher at school.

Earlham also appears to have added the investigating Detective Harmon to his tally of victims, plus a wall of silence surrounds his past life in Edinburgh.

Burning questions also surround Ian who met Laura in a hotel bar and with so many inter-twined plots and lies I have to say fantastic acting from both lead characters.

And will the dropped ear-ring later found by Earlham under his bed turn around to bite Laura?

On a lighter note it seems TV’s premier dating show (no, not Naked Attraction) is returning for a tenth series. Take Me Out (ITV1, Saturdays) is planned with two special episodes, one for Over 50s, the other Paddy’s favourite 30 contestants returning for one last chance at finding love.

The Undateables anyone? The equivalent of a bloke in the old days desperately searching for a last dance at 2am.

All those interested still have until tomorrow (Friday) to register for the Over 50s, so good luck!

I wasn’t sure what to expect when watching Cilla (ITV1).

First shown in 2014 it’s worth a watch if you missed it first time. Once past the odd unconvincing scouse accent (take a bow Ringo) it becomes very enjoyable. Sheridan Smith pulls off the lead role superbly with many local actors, and with a nod to the Sectarianism that existed in 1960s Liverpool.

A heartwarming throwback to the times when – without tablets and mobile phones – young people depended more on live music for entertainment.

Imagine going to a job interview and saying “A lot of people call me superwoman” or “I’m usually the smartest person in any room and I’ll make sure people know that,” and still remaining as a work candidate?

Yes, The Apprentice (BBC1, Wednesday) has returned with a new collection of over-confident, but perhaps future business leaders, though seemingly all with the collective personality only a mother can love.

No doubt team names will be something inappropriate like ‘Luminous’ or ‘Prosperity’ as the series gets fully underway rather than something more honest (fill the blank yourself).

Final word goes to Astronauts ( BBC2, Sunday). I wanted Tim Gregory, 23-year-old PhD student to win if only because he was a ringer for a young Rodney Trotter in the days of Only Fools and Horses fame. I could imagine Trigger uttering the words “what do you know, Dave’s an astronaut. ”