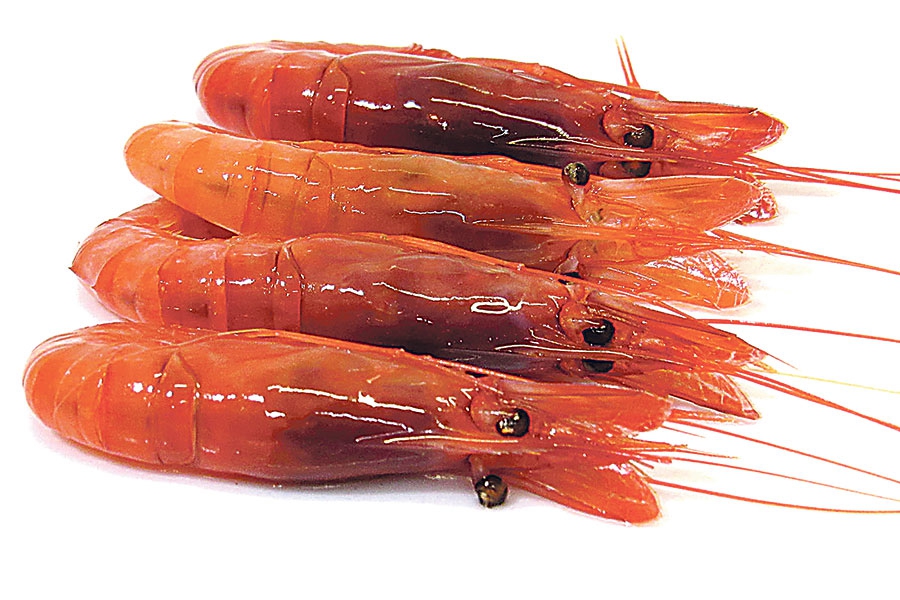 I am always pleased to be distant from town. Naturally I am asked where am I from and know fully well I only have to spit out the word ‘Mojacar’ and it is known and accepted. Unlike people from others places must say, Turre, Almeria to get their full meaning across.

Having a home as a well-known monument I am comfortable and pleasing. But, it might surprise you to learn that Garrucha too is famous amongst the knowledgeable and well fed. You obviously should know the answer: it’s the famed ‘Gamba rojo’ (red prawn) of these waters.

Years back on Mallorca when bragging about Mojacar, a Russian oligarch remarked unpleasantries concerning the food we were sharing. I told him about Mojacar and he insisted we go there immediately. I reluctantly agreed to allow him to fly me to Almeria and we drove down to the village.

He was enthralled and drank too much even before noon. While extolling the highlights of the area I mentioned the local ‘gamba rojo.’

He was intrigued but wouldn’t give in as he had supped the prawns in Malaga ‘the way they serve them on the beach bars along the sea.’ I challenged again and he being the standard brute I expected insisted we fly to Malaga that moment and taste them. Relax on the beach there and fly back before sunset so we could dine on Garrucha’s finest. That we did in a small but fast plane. Certainly broke the hum-drum of a casual summer’s day. Well, you’ll be proud to learn that my side won (and didn’t have to pay for the gambas either).

Now, here is the catch, even if you have lived here 10 years there is a good chance you have never tasted this delicacy. In fact, good bars that would serve them need to be given notice, in order to procure them. Worse yet, they are not part of any menu del dia, EVER, anywhere.

The arrogant and rich Spanish from the north will gladly enquire where to find the authentic treat and are prepared to indulge. Most foreign tourists are not and some not even aware of the delicacy just below their noses.

Furthermore you must take someone with you as a guide to show you how to eat them and suck the heads. I recommend myself as that learned tongue.

Be assured that 99.5 per cent of the gambas that you have tasted here are from Thailand sailed by Shanghaied American tourists too drugged to defend themselves when thrown on board. Their sentence of captivity is for five or six months at a time on a starvation diet and serving their master’s whip. Any objection – ‘Man overboard – keep fishing.’

Garrucha’s home fleet has diminished from 16 boats to just four and their daily catch is truly abysmal. When it comes time to meet your maker, possibly you can tell him you noshed a good plenty on that almost endangered species. To date the fish and game authorities have announced nothing, but then again, they said nothing about the picudo beetle that destroyed the palm tree population.