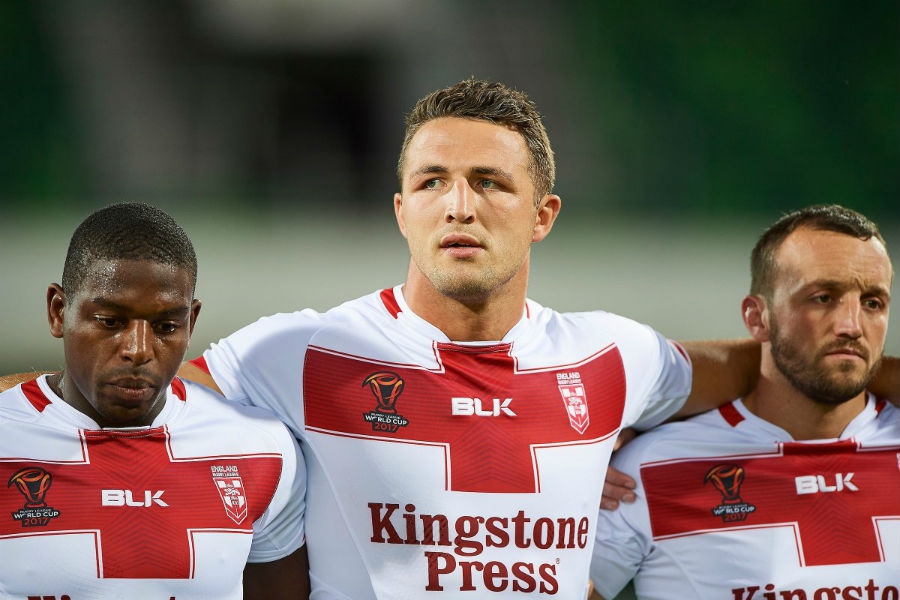 ENGLAND face Australia in Melbourne in the opening match of the 2017 Rugby League World Cup on Friday  –  with preparations of tailor-made mattress toppers and personalised pillows.

Members of the England squad will be hoping to benefit from the tailor-made mattress toppers and personalised pillows in preparation for the 2017 Rugby League World Cup.

It is deemed the preparations will offer players a cooler, pressure-relieving and more breathable sleeping surface – while in competition.

The England squad have undertaken pressure point testing, prior to the 2017 Rugby League World Cup, to determine preferred levels of mattress firmness in a bid to improve recovery rates and induce quality rest.

“This approach, accompanied by regulating breathing before sleep, will add to the detailed processes we have in place during the World Cup,” said Hunwicks.

England are amongst 14 teams playing 28 games over a five week period – during October 27 – December 2 – in a bid to become World Champions on the international Rugby League stage.

After England’s fixture against Australia in Melbourne they have two Group games – against Lebanon in Sydney and France in Perth. In addition to playing matches in Australia and New Zealand, there will be three pool matches played in Papua New Guinea.

“The challenge of training, games, travel and changing hotel beds on a weekly basis are all elements that can affect a player’s rest and recovery,” added Hunwicks.

And England and Castleford Tigers star Luke Gale said: “It can get pretty busy when on international duty with the training schedules, meetings, travel and games. A quality night’s sleep is essential – to maintain our energy levels.”

Gale, aged 29, who underwent an operation in September to have his appendix removed, said: “A lot of planning goes into the squad’s performance.”

Gale, who was set to miss the 2017 Rugby League World Cup having been rushed into hospital for emergency keyhole surgery, said: “The doctor said my season was over – and I wouldn’t be going to Australia.”

And half-back Gale quipped: “In Rugby League we tend not to listen to doctors. I’m feeling fit and healthy again.”

On England’s preparations, Gale added: “It’s good to know that we’re leaving no stone left unturned when it comes to doing our best at the World Cup.”

The 2017 Rugby League World Cup Final will be staged at Suncorp Stadium, Brisbane on Saturday December 2.

THE Coniston Power Boat Records week gets underway on Monday on Coniston Water –  featuring all classes of boat in the finale to the 2017 racing season – 50 years after Donald Campbell’s tragic death.

Bluebird was raised from Coniston Water in 2001 and donated to the Ruskin Museum in Coniston. The Coniston Power Boat Records week takes place during October 30 – November 3.