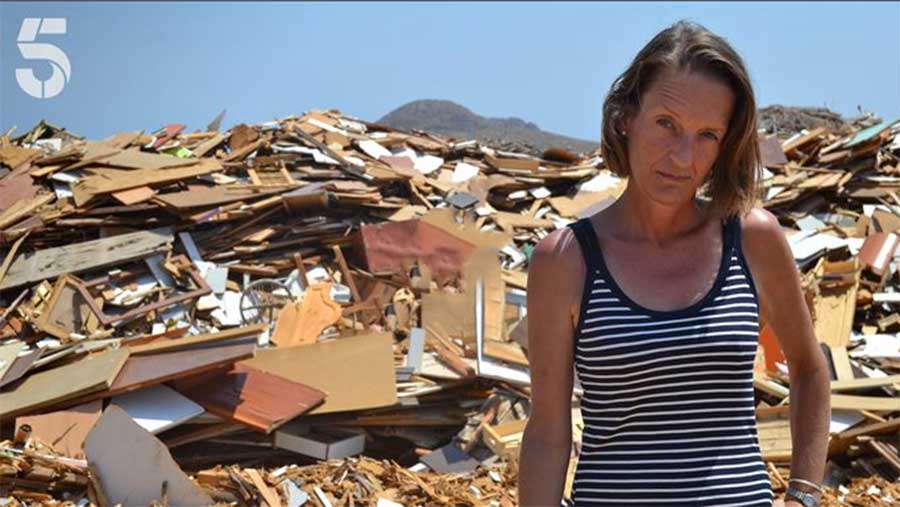 BRITISH expats in Spain, whose dream of a new life in the sun has turned sour for them,  have featured on a Channel 5 programme, Nightmare Neighbour Abroad, that screened in the UK.

The hour-long show followed the three stories of expats who claimed their lives were ruined by neighbours from hell.

John Dobinson and his wife Karen moved to a small village near the coastal town of Murcia for a quiet retirement in 2004.

After initially getting on well with their neighbours, the relationship deteriorated when John decided to turn a shared driveway into a terrace.

The Dobinsons then claim a year-long campaign of harassment and abuse started.

The neighbours didn’t take part in the show but gave a statement that said, ‘The problems with John have left us feeling persecuted. John makes life difficult for us. And we don’t want anything else to do with him.”

Jenny and her husband Nigel who moved to a rural home  near Mazarrón, Spain, in 2012 in search of a quiet life also appeared.

Within months they said a neighbour had started building a ‘compost’ plant next door.

The couple say the  plant has become a rubbish dump with waste left to rot in the Spanish heat and the stench means the couple can’t eat outside.

They claim lorries delivering the waste have destroyed the peace and quiet of their country retreat.

And the story of passionate animal lover Illona Mitchell was also covered.

She moved to Spain in 2004 and set up an animal sanctuary at  her home in the mountains of rural Granada.

After she bought the property she discovered it was nestled in the heart of ancient hunting ground.

She agreed, initially, to allow the hunters to continue to shoot birds and deer on the land. But she says that  at one point hunters fired a rifle close to the house while she and her daughter were walking their horses.

And one day she returned home to find her rescue dogs shot dead and, on another occasion, a horse stabbed in the eye.

She said, ‘We moved out here to live the dream and it’s now become a nightmare.’