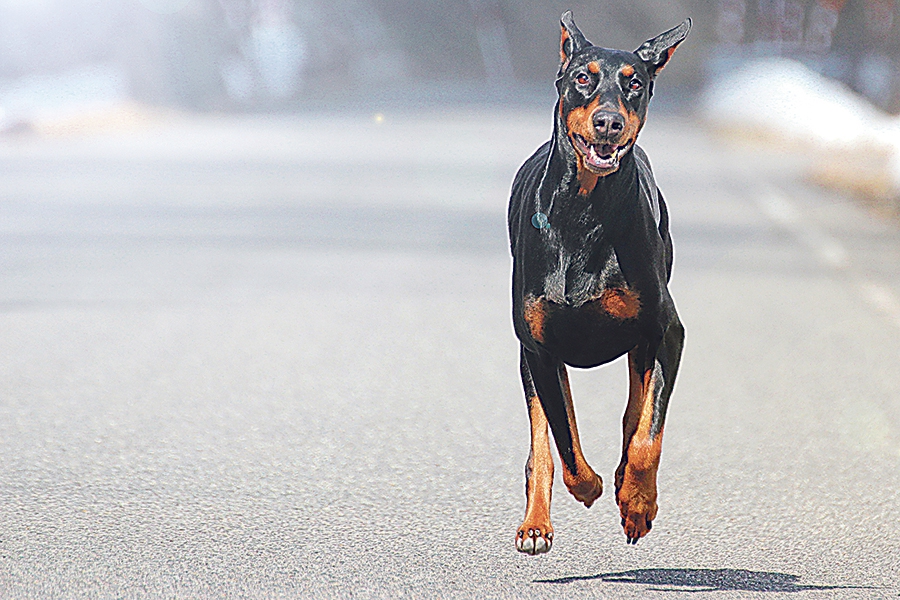 CHASING INSTINCT: Can be managed.

MANY times in a week I am informed that a dog only understands German, French, Spanish, or English.

I find that many owners and some trainers have a misguided perception of what a dog really is and entertain false expectations of their pet. Most think their pet is a small hairy person based on the assumption that a dog’s level of understanding is equal to their own.

It is vital to keep in mind that dogs do not have the capacity to intercept human language, behaviour or emotions.

How intelligent is a dog?

Dogs are capable of linking two ideas together, but cannot link actions, which are separated to another time.

If for example a dog makes a mess during your absence there is no point in telling the dog off or getting annoyed; the dog’s brain cannot link the action.

Many will say ‘He knows he has done wrong’, he does not, the brain is not formulated this way.

A dog’s brain is much smaller than man’s, in particular the cerebrum – the portion of the brain associated with intellectual function, emotion and personality. Dogs cannot understand our human language. It is far more important to use sound patterns, intonation and facial and body language as a form of communication.

A dog wants to please and all learning should be based on a positive reinforcement of reward. Owners should keep in mind that a large part of a dog’s brain is occupied with sensory activity, particularly the interpretation of scent.

Instinct is something either there or not there.

Dog’s natural instinct plays a vital role and often it is difficult to understand why so few dog owners can differentiate between instinct and intelligence. Instinct is an urge from within which makes a dog act in certain ways and has no connection with intelligence.

Dog’s first instinct is to survive, when a pup is born he squirms about until he finds a teat and then sucks it. No intelligence or learning by any association plays a part in the process.

The maternal instinct tells the female to clean up the foetal membrane and stir the puppy into action by licking it. The female is not taught, as she has not seen another female do this. Most instincts provide pleasure to the dog, and because it associates the action with pleasure, the instinct grows stronger with usage.

Instinct can be strengthened, weakened or diverted, it cannot be put there and it cannot be taken away. It might lie dormant, but once developed it can never be weakened.

A dog with an obsession for chasing balls or chewing socks can be controlled by training and by providing other outlets for his energy. The same if a young dog is corrected the first time he chases a car he may give up the idea, but if he is allowed to chase cars the hunting instinct becomes stronger, and in no time it will be very difficult, even impossible to cure the habit.