I am now truly confused with it all! 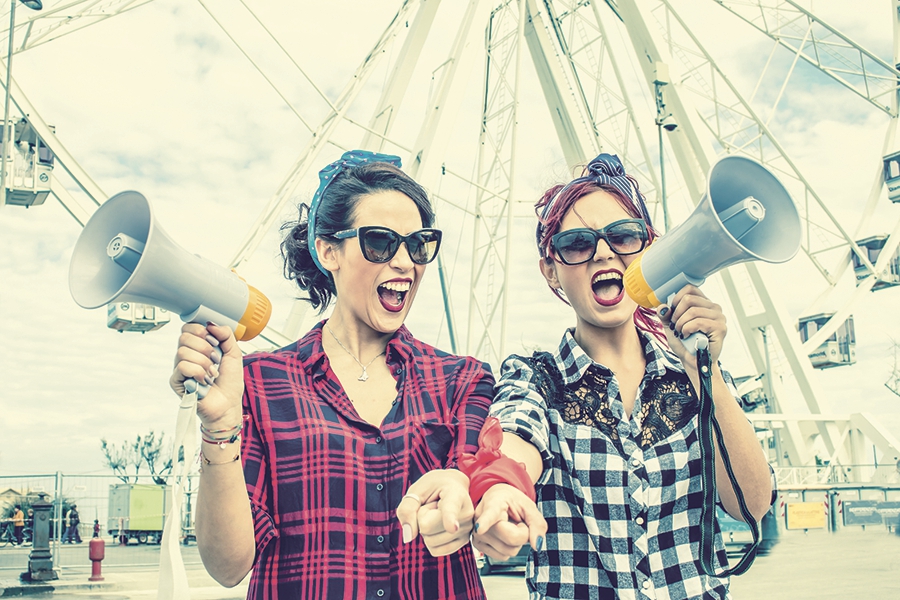 I REALLY am up to my male chauvinistic eyeballs with women’s lib.

To be honest, I’m not really sure what our ladies truly want any more. I’m beginning to think that many of them won’t really be happy till the male of the species are homebound unpaid servants, escorted to the sperm donor’s labs once a week, to keep the frozen coffers stocked up for future females to draw on.

I truly am confused with it all. Some (not all!) want to dress and look sexy and attractive, but don’t want male reaction because they consider it sexist (no wolf whistles please.) They will NEVER forgive the creator for making them the only gender that can give birth (believe me they’re working on that!).

They consider a pat on the bum sexual harassment, but still reckon squeezing a man’s behind a bit of harmless fun. A man can be ruled by an overbearing woman, but reverse it and the man is described as a monster. We are now being deluged with ‘personally moulded’ tampons, intimate hair shavers and vaginal lubricants on TV, and the genital removers are gathering to operate on any man who has publicly uttered any vaguely sexist remark over the last half century. Well, to my mind, one thing becoming painfully clear, is that it is not in fact equality the libbers ultimately seek, but female domination. These women want to rule the roost (and woe betide any woman who doesn’t think as the feminists do!). SKY news is a glaring example. Under Eammon Holmes it was considered a bit male chauvinist. Since his departure the producers have utterly capitulated and, with a new female anchor, have now managed to turn it into a newsy version of ‘Loose Women.’

Let’s be perfectly clear. Equality is when both sexes have the same rights, not power. As a true adorer of the female gender, can’t we just be sexy ladies and lusty males again? Come on girls, although I’m 100 per cent with you on equal pay, you’re allowing the so-called feminists take all the fun away. Promise I won’t pinch your bum if you don’t pinch mine. Awright?

As I’ve got all the housework to do, I’ll just finish up with a final observation on the Weinstein affair. Among the droves of complainers that are emerging from the woodwork, actress (not actor you notice!) Ashley Judd’s story caught my eye. The 49-year-old apparently avoided the mogul’s advances by promising to sleep with him when she won an Oscar for one of his films. It did remind me of the story attributed, among others, to George Bernard Shaw.  The lady in question, when offered a paltry sum for sex, huffily retorted: “Five pounds? Just what do you think I am?”

“I think we’ve already established that,” replied the great man. “I believe we’re merely haggling over the price!”