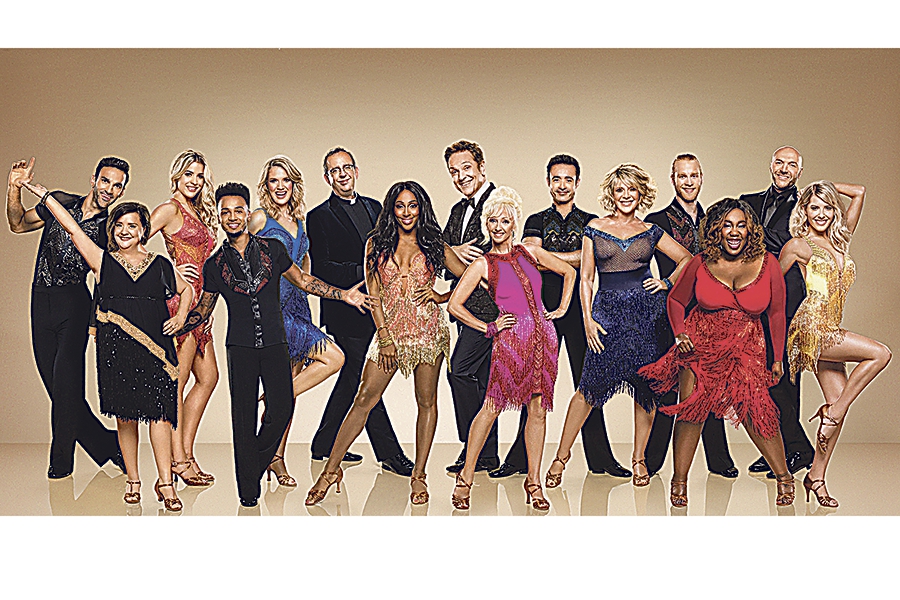 Strictly Come Dancing (BBC1, Saturday & Sunday) continues to delight with glitz and sparkle even though I wasn’t sure that without Sir Bruce and Seven-loving Len it would remain as a weekend favourite.

But it most certainly is.

Twitter-using fans of the show will have seen a flood of comments about the camera angles over recent weeks and I agree.

Clearly someone has a new box of tricks and wants to throw them all at the dancers, with cameras spinning around the dance floor, way too many overhead shots and on one occasion a lens so close to the dancing couple there was a real danger of a collision.

All that glitter and hair product to clean up, and that’s just from a slight brush against Bruno!

Maybe Len needs to return and sort it all out, as only he can?

A show that on paper shouldn’t work, but on the screen really does, is James and Jupp (BBC2 Wales, Sunday).

Maybe a touch of Miss Marple is needed to find this given the channel, but if you want a blast of stunning countryside and two-blokes-in-a car-humour, seek it out.

The format is simple: comedians Elis James and Miles Jupp take a car trip around Wales, and while it isn’t  Top Gear or the sort of comedy normally familiar from these two, the banter is genuine and the trip on the A470 connecting south and north Wales is spectacular.

Meanwhile I am getting increasingly worried by some content panellists on Loose Women (ITV, weekdays) are being given to work with.

As daytime telly, viewers expect mixed topics to be discussed from hard hitting to trivial.

But a recent item asked if viewers suffered ‘avocado anxiety,’ a term used following research that revealed a fear among one in three millennials when their avocados aren’t ripe.

This may be about the right level for lovely Stacey Solomon and lets face it Linda Robson will read anything from autocue, but the likes of Janet Street-Porter and Ruth Langford as serious commentators surely deserve something better.

As Jack has written this one I am unsure why he has cast himself as a middle class fool; maybe just to reinforce his one-trick pony CV?

His character, Barnaby – why give him such a name Jack? – is trying to save the failing family antiques business and gets involved with looted treasures from the East.

It is unclear how this will play out, but Rosie is gorgeous and Jack looks good with spectacles and trimmed beard, so I’m sticking with it.

Finally, The Crown (Netflix) starts a second season on December 8. With the story known inside out, based on season one there will be little if anything new.

Even so the date is already in my viewing diary.