Kevin Spacey has betrayed his fans and they’re hurting too 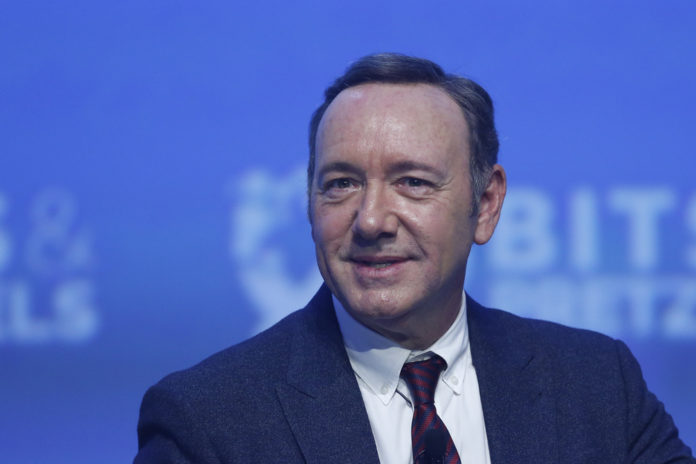 IT’S wrong to discuss the accusations against Kevin Spacey in a cerebral way. Few commentators are legal experts, and it’s impossible to comprehend, save beyond the deepest sympathy, the angst of those who have allegedly been harassed and assaulted by the actor.

And this is what makes this sentence a selfish one: What about Spacey’s fans, how they feel and how his actions reflect on our culture as a whole?

Public outrage against the alleged crimes of anyone famous rightly evokes dismay and disgust. But Spacey, and those like him, owe the debt of their fame to the legions of admirers who have supported their work and films over the years and decades.

And he, and like others, have betrayed them. There is a bitter taste in the knowledge that by fanning their fame with tickets sales and box sets and endless memes that a protected status was reinforced.

It’s a sickening thought, matched only by the intense sadness that a body of outstanding work, engrained into pop culture, can no longer be enjoyed. Who can watch House of Cards, or American Beauty or Seven with relish and a guilt-free conscience?

The feeling should sting. It’s a violation of trust. Not only is money exchanged to enjoy the work of individuals now accused of wretched behaviour, but those same movies and television series are watched in our homes with friends and family.

Binge-watching has only compounded the feeling of intimacy between television and real-life. Audiences can now spend hours, even days, immersed within a fictional world that grabs hold. It’s a new form of TV designed to promote addiction by engulfing the viewers with saccharine rushes.

House of Cards was the ubiquitous pioneer of this type of storytelling. Netflix releases entire seasons in one go and gambles its success, first and foremost, on addictive plots.

With Frank Underwood’s asides, the audience is invited into his thinking and to share in his schemes. Like all good Machiavellian characters, viewers indulge a faux Stockholm syndrome for scurrilous bastards because they love to be in the know. It’s a macabre indulgence, but that’s the game – audiences love feeling intelligent, and they’re never more in tune with that feeling than when the character speaks to them.

The show cannot survive precisely because the audience and Spacey’s character are of one mind. That is the nature of the series, but now there is a palpable feeling of shock and distaste among those who have enjoyed sharing in Frank Underwood’s chicanery.

What Spacey is accused of has not only destroyed his career but destroyed this show in particular because of its very premise. It thrives on subterfuge, on secrets and deception. To revel in this was the pleasure which made it so enjoyable, but now what makes it so susceptible to the betrayal of its lead actor’s alleged heinousness.

House of Cards cannot survive, and it’s impossible to rewatch it with a clean conscience. Spacey’s alleged behaviour has ruined lives and betrayed the fans that aided his ascent. We should all be outraged.