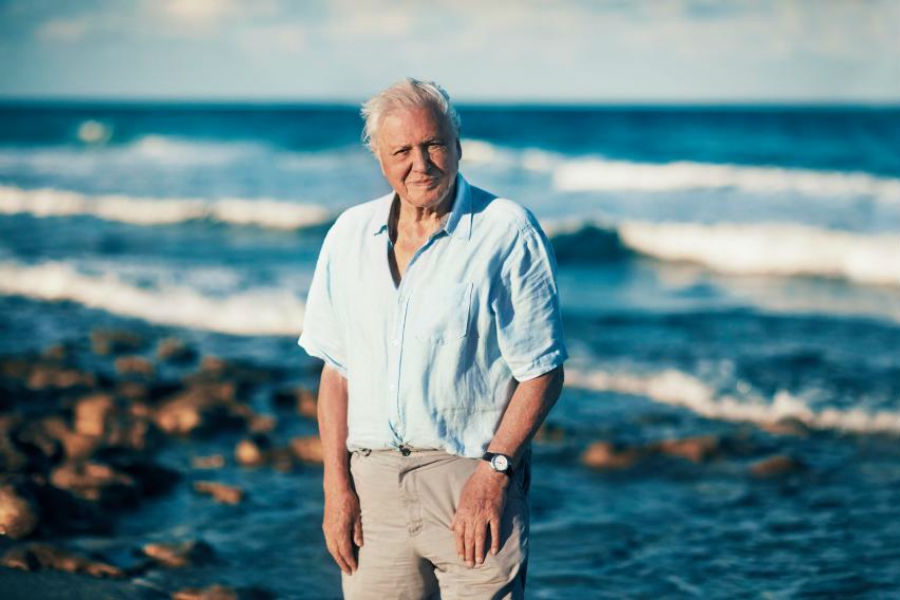 TELEVISION highlights don’t come much bigger than The Blue Planet 2, (BBC One, Sundays).

Laid back, knowledgeable and understated, David Attenborough delivers a feast of educational beauty that is inspiring, humbling and certainly never dull.

Dolphins that surf ‘for the fun of it’ and giant trevallies that leap from the sea to snatch birds mid-flight, some scenes are reminiscent of the racer snake in last year’s Planet Earth II offering.

One that got away got a cheer in our household. The distressing sight of walrus and their young crammed together on what’s left of the icebergs and others desperately trying to find a piece of ice to rest on was sobering, given the Arctic has lost 40 per cent of its ice in the last 30 years.

It’s a hope that the powers-that-be find a way out of the world’s complacency in order to take action before it is too late. This truly is one not to be missed.

The Great British Bake Off (Channel 4, Tuesday) appeared to have survived the controversial quarter final eviction of ‘fans’ favourite’ Liam Charles, as well as Noel Fielding’s fridge gag, but the grand final was still bestowed with one last gaff.

The more dedicated Bake Off fans may well have been alert to Prue Leith’s error in tweeting the winner 10 hours before the programme was screened, citing her lack of time-zone knowledge as she was in Bhutan at the time.

The tweet was quickly deleted and despite this final faux pas Bake Off appears to have completed the move from the BBC without too much trouble with viewing figures up.

For the record, Sophie was crowned champion with appearances on This Morning and Sunday Brunch assured.

Is there any chance Weatherfield police could ask the local council to put CCTV up in Coronation Street (ITV1) given it appears to be the biggest crime hotspot since Oxford in the times of Inspector Morse.

Having had the contents of a factory emptied in broad daylight, the great ‘non- existent- flat’ scam that left residents owed thousands – not to mention murders in the street and bodies under Gail’s converted garage ‘ cameras would definitely assist investigations.

Additionally, maybe the increasing body count at the hands of current ‘businessman’ Phelan, who appears immune to police interest, would also cease. We live in hope.

Having been a Forces’ child, I looked forward to the life on an army base abroad on The Last Post (Sunday BBC One), but the reality I recall is very different to the programme written by Peter Moffat and based on his own childhood memories.

Set in 1965 on a British military base in Aden, a port city in southern Yemen, it has lots of weekly drama with kidnappings and killings galore.

However, she makes me laugh with her complete disregard for social niceties with the other wives and constantly tries to lead astray newcomer Honor, the new captain’s wife (the naïve, innocent one) played by Jessie Buckley.

Charming overall in its old fashioned manner, it provides a view of how army life affects the wives as the military police try to reconcile the British Empire with the rise of the Swinging Sixties.

It will actually be 50 years on November 30 since Britain withdrew from Aden, the former Crown Colony.