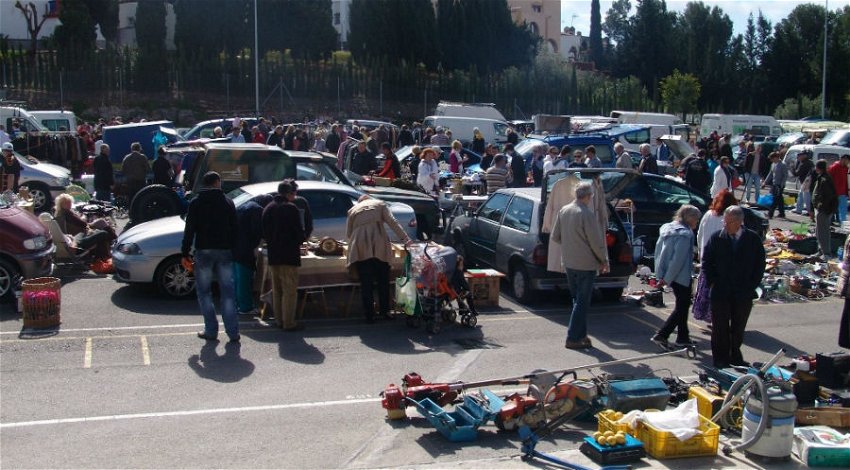 A British Poppy Appeal seller has been turned away from Nerja’s Sunday car boot sale.

Dorothy Allen, who has been collecting for the Royal British Legion in Nerja for seven years, said she had been standing by the gate with a poppy tray for an hour before being confronted by the sale’s organiser.

She claimed Bart Edel, president of the Lions Club Nerja, told her she must pay to stand by the gate but Dorothy says she had been allowed to collect in the same place the previous week and had been promised she would not have to pay as long as she did not use a table at the car boot sale.

She explained several strangers were forced to defend her, even offering to pay the sum but she refused on the principle she was collecting money for charity.

Dorothy said she instead stood outside the event’s gate but claims Mr Edel continued to approach her and even threatened her with the police before she eventually left.

She commented, “I said to him ‘you’re supposed to be a charity but you are not a very charitable person, this collection only takes place once a year.’”

The Essexborn grandmother explained the previous Lions Club president used to allow her to collect for the charity and even used to buy a poppy herself.

She added all other supermarkets in Nerja allow her to collect and the town hall always issues her with licences for public spaces.

Dorothy says the episode left “a bitter taste in my mouth,” but said she has been undeterred from continuing to collect for the Poppy Appeal.

For his part, Mr Edel countered, “all the charities pay (the fee). We are a charity too and we do not want to make a distinction between any of the charitable organisations.

I was trying to explain but for some reason there was a misunderstanding. I hope we can resolve this problem next time.”

This Sunday, the Royal British Legion Nerja is holding a Remembrance event from 11.40am at the Hotel Andalus, Nerja. It is open to the public.