A heart felt Skoal to Skol 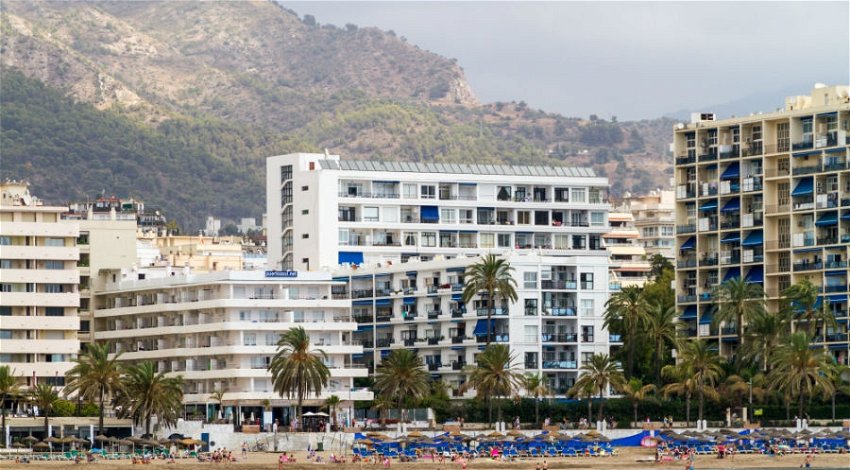 SKOL Building from the sea.

THIS week we recorded part of our TV show from the Royal Yacht Club in the Marbella Marina.

There were some fabulous photographs of Marbella back in the day on the walls of the restaurant.

One of the photographs really caught my eye; it was of the hotel Skol, towering above the nothingness that surrounded it in the early 60’s. Marbella’s first apart hotel was also the biggest hotel complex the village had ever seen, offering over 300 rooms at a time when the local population was just over 12,000.

Calle Rafael Zea is the street named after the businessman, originally from Madrid, who envisioned this project and is located close to the Skol building itself.

He was born in 1925 and died in 1994 and first came to Marbella himself in the mid 50’s to develop real estate. I have to admit I had no idea about the history of the building, nor was I very interested, until seeing that photo.

I realise now that it’s only right that I, we, do know. It’s only just that we pay tribute to this man’s achievements; unwittingly the Skol became the prototype for all residential tourism on the Costa del Sol and very instrumental in the tourism boom.

Designed by the architect Manuel Jaen according to the ‘Modern Movement’ of the era this hotel appeared in countless Spanish movies, making it also emblematic nationally and establishing Marbella as the place to be and to be seen for the Spanish.

This building is also meaningful for many long-term expats like me and not just as a point of reference or landmark.

Seeing that photograph of the Skol hotel with absolutely nothing around it but trees was quite wondrous; I remembered it like that!!!

For a few moments I could feel myself there, as a toddler with my family, meeting my grandparents at their hotel and then going to stroll around the town.

My grandparents always stayed at the Skol and loved it! (They loved cruises too). I think of them often and visit many places that bring back a smile as I walk around nowadays, but seeing that moment of history captured on camera like that was very special.

Converted into apartments in 1991, this building is still front-line beach and very much at the heart of our city; and obviously also very much part of mine.

So thank you ‘Rafa’ and friends for the memories and cheers!

A toast to you and to us all; together we are Marbella.