The rise of the social media wedding 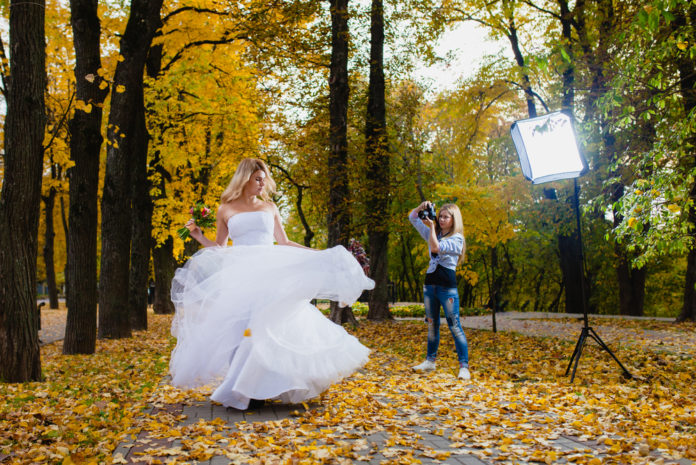 “ARE we crazy, living life through a lens?’ said one of the great philosophers of our time. Well, it was Katy Perry. And it was a song. But she had a point.

Once, artists and philosophers asked if there was really any such thing as art. They questioned the meaning and purpose of reproduction but took life as an infinitely mysterious given. ‘I think, therefore I am’ said René Descartes. Everything else may or may not be real or as I perceive it, but I know I am sentient.

Nevertheless, even thoughts are a questionable component of that rationale. I can think, but maybe with faulty or waning cogitative recall. Memory can alter, or fade, and perspectives on events can shift with the passage of time.

So enter social media. The time immemorial judge and executioner. The maker and breaker of jobs and lives that stands as an increasingly more ‘real’ way that people live their lives.

At a wedding recently, I was taken aback by the staged drama of the whole thing. Weddings, of course, necessitate structure, but this was more: photo ops are usually at the end of the proceedings, or tactfully throughout as they attempt to capture the little natural moments of nuance that make life fun. The photography team here weren’t even in the background; they were walking around the church with miles worth of cabling strewn everywhere. Towering searchlights lit up ‘the set’ for the wedding party and any sense of a private, intimate moment was lost.

The photography team here weren’t even in the background; they were walking around the church with miles worth of cabling strewn everywhere. Towering searchlights lit up ‘the set’ for the wedding party and any sense of a private, intimate moment was lost.

And no one batted an eye at the whole proceeding. In fact, to compound the absurdity of the scene, nearly every guest was snapping away with their own phone or live streaming. No time was lost in delivering real-time footage to social media; ignoring the irony that anyone worthy of seeing anything to do with the wedding should have probably been there.

What’s worse is everyone had the ‘fire and reload’ time of social media. Guests snapping, but they then spent more time editing, redacting and posting on their devices. Most people opted to stare and tinker with their phones than share in the real-life event that was happening all around them all.

The same was ubiquitous at the reception that evening. This time mountain drops and champagne and canopies were just another set. Had the names of the photographers appeared on the wedding licence, not a soul could have objected on principle. They had all but gone through the wedding save for a ring and intruded at every stage.

These days life’s significant events are staged social media posts. What made the whole thing cringe-worthy was the forced smiles. For a young couple, the day was, by the time it ended, at least 24 hours old. On and off the smiles went from forced pull to sagging fatigue. And that’s normal, but the challenge was once to have a ‘perfect’ set of photographs as cameramen did their best to capture joy amongst exhaustion and joie de vivre with friends and family.

Rather famously, Churchill initially objected to the presence of television cameras at the 1953 crowning of Queen Elizabeth II.

In a speech to the House of Commons, he said “[i]t would be unfitting that the whole ceremony … should be presented as if it were a theatrical performance”. In other words, he knew that it would blow the magic out of the water and people would think it absurd.

And they likely would. A crowning is more than the literal crown on the head; it’s a commitment before God as much as a wedding is more than a piece of paper. Doesn’t it deserve some respect, then?

Weddings are private matters; they should symbolise for life what funerals signify for death. Thankfully, we’ve yet to reach the stage where recording a send-off is the new norm. But if that idea sounds absurd to you, if your knee-jerk reaction is to label that very notion as ludicrous, then why it is increasing standard to do so at weddings? It’s in danger of becoming a new tradition.

From the advent of cameras to video recorders and right through to social media, people have grown a seventh sense of fear of being caught with their proverbial social pants down. More than that, it’s now actively promoted that we must always look our best, rather than feel our best in happy circumstances.

People now stage their special moments, but for the sake of the photographs and not for the enjoyment of being with close friends and family because life is short. How can it be possible to look at wedding photos and see smiling faces, but not think about the engulfing snapping white lights, too? It’s a vicious circle which will eventually prove itself a fad.

We’ve been kind to indulge the idea that staged weddings are the endeavour of people clinging to a misconception. That might be true of some, but at its heart, it’s the indulgence of the superficial and narcissistic in an attempt to preserve in posterity a fabrication.

Isn’t it time to stop the social media wedding and, once more, live real lives?