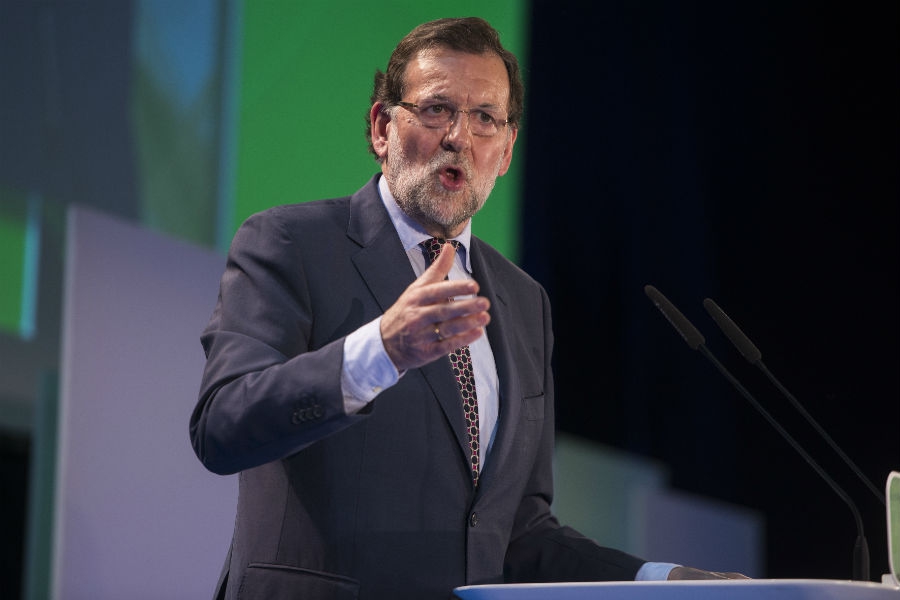 COOL OPERATOR: Mariano Rajoy’s decision to imprison Catalan politicians could come back to haunt him

RAJOY’S go-to strategy for political predicaments has always been to hide behind the courts or the public prosecution department.

Now it has come and bitten him on the backside.

The Fiscalia – less detached from the government than it should be – accused the Catalan government of sedition and rebellion.

With these charges there was little for investigating Judge Carmen Lamela to do than remand the nine politicians remaining in Spain. Result?

Instant martyrdom and a probable slew of votes in the Catalan elections on December 21. Rajoy has blown it again.

Sometimes the punishment does not need to fit the crime and there has been too much stick and not enough carrot over Cataluña.

All the present government has ever made clear is what would happen if the Catalans left, and the punishment that awaited them.

They have never been told how much everyone would like them to stay. Rajoy could have tried that, but he never comes across as anything other than a third-time-lucky president unable to tackle a problem requiring instinct and warmth, not rulebook logic.

THERE was a point during and immediately after the Catalan UDI when the separatists were in disarray and ex-president Carles Puigdemont hightailed it to Brussels.

The disarray was not only due to the Constitution’s Article 155 that suspended Cataluña’s autonomy.

Companies were leaving Cataluña, unemployment was rising, tourism and the economy were less robust.

What was promised as epic and heroic turned into a cowardly shambles, a deflated balloon after the party has ended. The elections announced for December 21 were welcomed inside and outside Cataluña.

The voices of the anti-independence majority, drowned out until now by the two million separatists would be heard, and a pro-remain vote would make everything ticketyboo once more.

Then the remaining government members were remanded for rebellion and sedition. Esquerra Republicana is rising in the polls and will not repeat the Juntspel Si coalition with Carles Puigdemont’s downwardly mobile centre-right PDeCat.

Left wing pro-independence parties might or might not go hand-in-hand but if the separatists win it, it will be thanks to voters who believe that words like rebellion and sedition, unheard in Spain for decades, are too redolent of former regimes.

The same can’t be said for Junqueras’ silhouette which was as rotund as ever when he was remanded on November 2 for sedition, rebellion and misuse of public funds.

He is likely to get rotunder: prison food is notoriously calorific nowadays.

What we do know is her much-criticised equidistance between ‘stay’ and ‘go’ means she wants to have her cake and eat it.

She wants to remain mayor and needs PSC-PSOE support to do so.

Her party Catalunya en Comu is not separatist but she needs separatist votes too.

Colau’s pussycat smile does not falter but only she knows if the cream is curdling.