How ridiculous they are 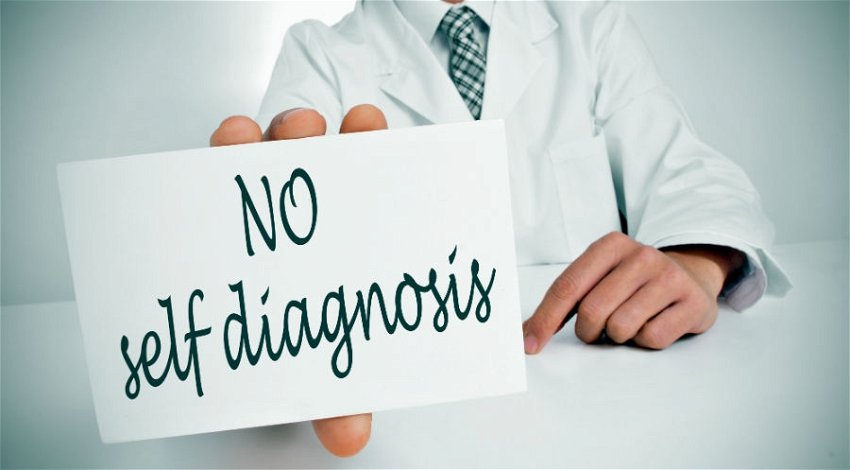 But here’s a word of warning about what not to look for on the internet. The worst thing you can do is to google medical symptoms.

Here’s my advice – if you don’t feel well go to the doctor. Do not self-diagnose because, if you do, I can guarantee you will have some of the worst diseases known to mankind.

Every lump, stomach ache, going to the loo a lot or not enough will definitely mean you have got some form of horrible, nasty illness.

The same applies to looking at the side effects of medication the doctor has given you. I did it once and I absolutely had the majority of them and the ones I didn’t have before I looked completely scared me about taking the medicines in case I got any of the others.

So now I just don’t look and I advise you do likewise and save yourself a lot of worry.

‘When are you going to do that?’ I asked the handyman. ‘I’ll get round to it sooner or later,’ was the reply.

What does that actually mean? Will it be sooner or later?

It’s one of those total dumbass sayings. He might as well have said, ‘I’m not telling you!’

So of course that got me thinking about a couple of other sayings that makes me think how ridiculous they are.

I was watching one of those US cop TV shows and when they are questioning the suspect, they always say, ‘Can you tell us, in your own words, what happened that night.’

If that was me I’d be very tempted to say, ‘I’m sorry, I don’t have any of my own words, I just always use the same words as everybody else. Will that do?’

Another one that doesn’t make sense is when you ask someone to do you a favour and they say, ‘Sure, I’d be more than happy to do that for you.’

Last one today – when something is as ‘easy as pie.’ So back to google.

What does it mean and why is it used? Apparently it’s not the making of the pie; it’s the eating of it.