Shouldn’t International Men’s Day be as important as the female equivalent? 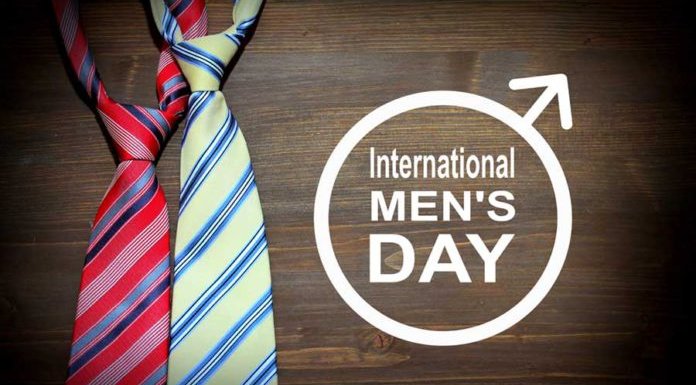 INTERNATIONAL Women’s Day (March 8) is a hugely important awareness campaign that drives the message that women, across the world, are belittled and violated because of their sex.

The day is both immensely crucial in recognising the accomplishments of women in all professions, but also of reiterating that violence and degradation can happen anywhere but must always be challenged and fought.

But what about International Men’s Day on November 19th? Few people remember it, and it’s widely considered a comic foil to the ‘fuss’ made over International Women’s Day.

Shouldn’t it be more?

The problem is men don’t know what the day should be about.

In the UK, International Women’s Day focusses on obstacles for women and highlights particular instances of pay-gaps or gender violence.

With men, there are lasting stigmas attached to mental and physical health which even most men don’t want to talk about.

The figures themselves are deeply troubling. In 2016, the suicide rate for males was more than two and a half times that for females. In 1981, 63 percent of UK suicides were male, but in 2013 the figure was 78 percent.

The proportion of male to female deaths by suicide has increased steadily since the early 1980s. The NHS estimates that around 9% of men in the UK show signs of alcohol dependence against 3% of UK women. Testicular cancer incidences have increased by 28 percent since the early 1990s. The list continues.

If health is a seriously neglected talking point, then so is the responsibility of father figures, role models and guardians. Beyond clichéd movie moments, there is little in the public discourse by men about how they can better take responsibility for themselves, their behaviours and how they relate to women and children. Have men become so ashamed of themselves, or indeed those actions committed by their peers, that there is an unspoken collective guilt that mutes all discussion about what it means to be a man?

The absence of good fathers, as much as the presence of bad fathers, is equally determinant to the behaviour of children in the future so why is it not given more attention? Where is the celebration of masculinity in all its multifaceted forms which reinforce responsibility and personal identity?

This is not to give into some cliché that men should be ‘men’ and women should be ‘women’. ‘Get back to the sports pitch’ is as ridiculous a cliche of the male sex as ‘get back to the kitchen’ is to women. As sure as mothers have motherly qualities, as well as endless capabilities and potential, we should not shy away from the fact that men, in familial or guardian or professional roles, do too – and we should be confidently acknowledging that as a society.

International Men’s Day is critical to the self-esteem and value of young men because today’s culture is saturated, sadly, with poor male role models who have abused positions of power or absconded responsibility in favour of personal gratification. The argument that International Men’s Day is irrelevant or comedic couldn’t be any less valid. Not enough men are speaking out about issues which are gender-specific to them. Overlooking these issues is to perpetuate a problem and to ignore the full scope and influence that male relationships play in the lives of boys, and girls, and peers of all ages.