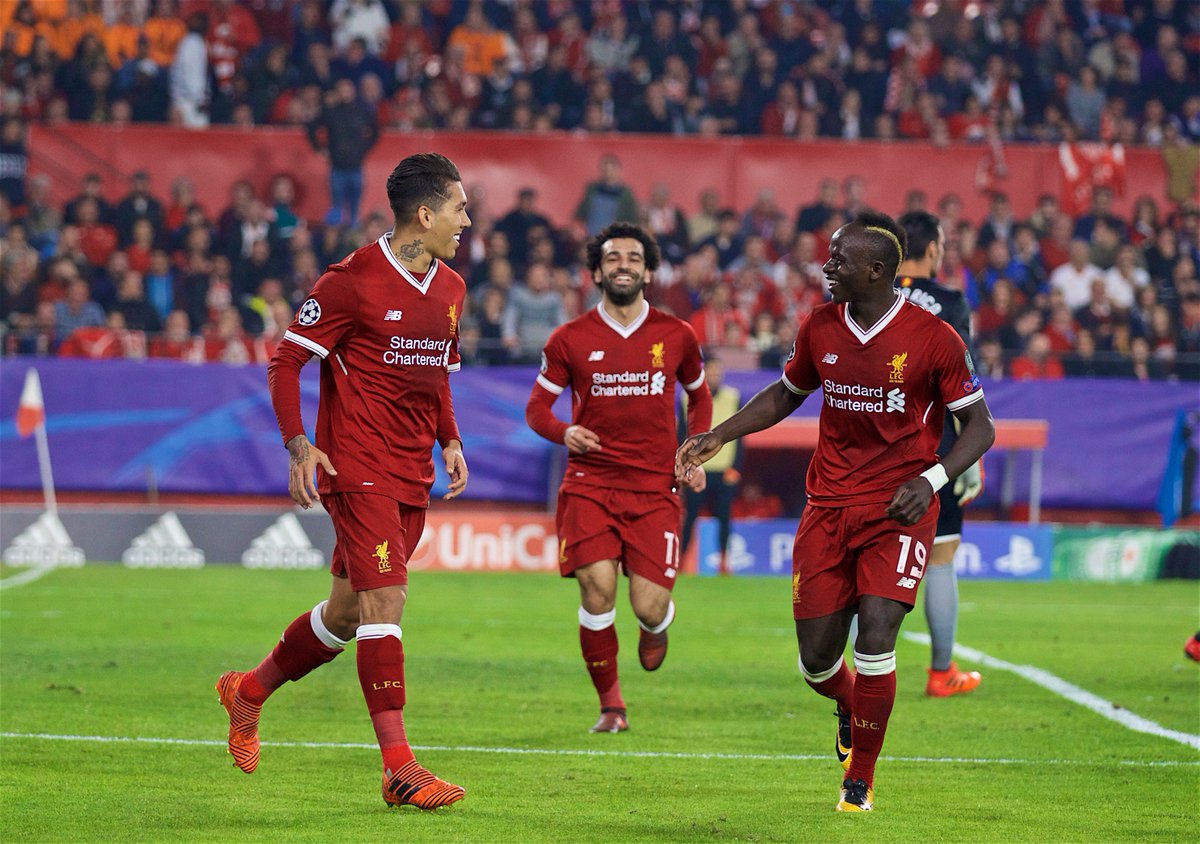 ALL SQUARE: Liverpool drew the game 3-3 after Sevilla mounted an amazing come-back in the second-half

LIVERPOOL Football Club has said they will investigate claims that their fans were mistreated by police and host stewards in Spain before the Champions League match in Sevilla.

Fans took to social media in their droves to complain of delays getting into the game and heavy-handed treatment by match stewards and local polie with some fans being turned away.

The match kicked off with almost half of the away section empty and many fans missed their team take a first-half lead.

Reports also suggest fans were told to sit in any seat rather than the one they had been allocated at the Estadio Ramon Sanchez Pizjuan.

There were further claims, which have not been verified, of fans being assaulted by police.

A Liverpool FC spokesman said, “Following detailed and troubling accounts given by Liverpool supporters attending the match against Sevilla last night, the club is seeking to establish the facts regarding their treatment at the hands of the host stewards and local police force.”

“The safety and security of our supporters is our paramount concern and we intend to gather all the relevant information before responding further.”

A spokesperson for UEFA said, “We are aware that there were some issues at the away supporters entrances in regards to fans accessing the stadium.

“We have no further comment to make at this stage.”

A Sevilla spokesman told the  Reuters news agency, “(The stewards) are not Sevilla employees.

“In any case, the security tell us that at the entrances three English policemen, including their security coordinator, Liverpool’s director of security and seven security assistants were present and in no case was there any complaint or reason for one, with access to the stadium and the time in the stands passing without incident.”

Jurgen Klopp’s Liverpool side eventually drew the game after Sevilla mounted an amazing come-back from being 3-0 down in the first half.

Missed first goal despite arriving at stadium 30 mins before, mate doesn’t get in, people beat up by police, police in riot gear not letting you go to your seat pushing you anywhere. Took my bag from me, now won’t let us out for me to get it. My flight is 1.30. Ridiculous.

Me, @SamArmstrong10 and @Liver16bird , and loads others attacked off police and kicked out of match or not let in for what they are saying political flags (has the word defiance on)