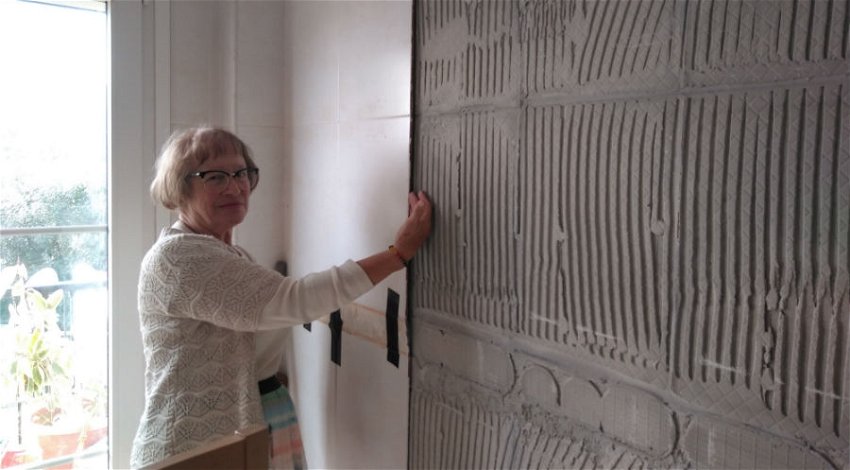 A BRITISH pensioner has been told she has six months before she must leave her home.

Janet Hayden, 70, has been advised that her bank is seeking offers on her home even though she claims a friend is willing to stump up the cash.

The expatriate bought a plot of land in La Viñuela in 2003 and says she was advised by her legal representative that although the land was not designated for housing, she could secure the appropriate licence by paying a small fine.

Janet says she never received a licence, however, and later discovered her home had been built on dangerous ‘walking’ land with serious structural problems.

She claims she had been told to by her solicitor to take out increasingly high mortgages to cover building costs only for her property to become almost worthless when it was discovered to be illegal and unsafe.

Janet explained the building’s collapse is now “inevitable” without the installation of 17 metre steel rod piling. Threatened with eviction on various occasions and suffering from a health condition, Janet has been trying to reach an agreement with her bank for several years, but has now learned they plan to sell her home from under her.

The news comes after she was offered hope earlier this year when her bank said they would delay her eviction in the wake of a hunger strike campaign.

The news follows campaign groups Save Our Homes Axarquia’s (SOHA) announcement that around 20,000 homes are at risk of being demolished after they were unwittingly built on non-urban land.

The organisation, which has been running since 2008, is asking Velez-Malaga Council to change its criteria to spare some homeowners the hardship of losing their property.

Philip Smalley, the group’s president, said some owners “believe because they have all their paperwork and no action has been taken against them to date they are legal.”