Beach in Southern Spain closed off to discourage smugglers 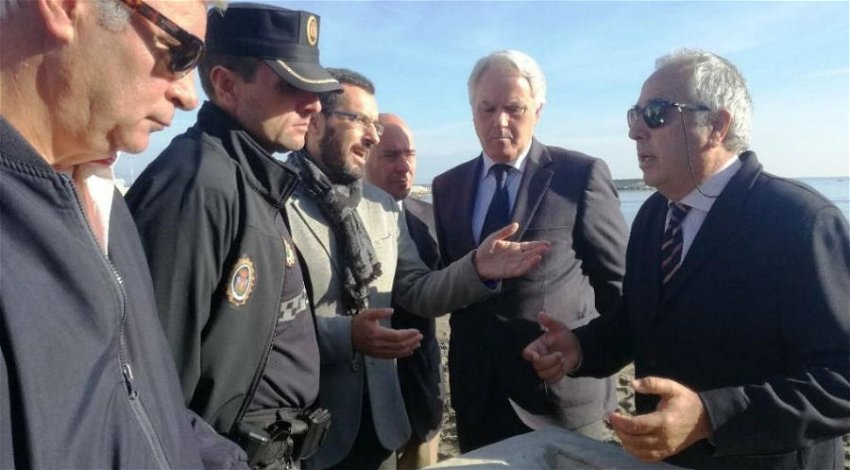 A HUMAN wall of police officers gathered on a beach in La Linea as work commenced on a €59,400 project to complete a beach wall.

The project is intended to make it more difficult for drug runners to bring their boats up to the sea walls in the area between the church of Nuestra Señora del Carmen and the perimeter wall of the fishing port of La Atunara.

In addition, with the siting of large planters and benches, it will also be much more difficult for drivers of 4 x 4 vehicles to access the beach which is recognised as a popular staging area for smugglers.

There was some fear that those involved with drug smuggling might try to disrupt the work which was why the police officers were present in force as the mayor and deputy mayor of La Linea and representatives of the Central Government viewed the work.

It is expected that the project will be completed within one month, although it is not known whether the combined force of officers from the Guardia Civil, Local and National Police will be present for the entirety of the construction.

Once completed, the area will be accessible for emergency and other service vehicles to reach the beach via a ramp although this may encourage smugglers to consider ways of continuing their activities by accessing the ramp.

The entire activity to try to stop smuggling via La Linea is being supported and encouraged by local and national authorities.