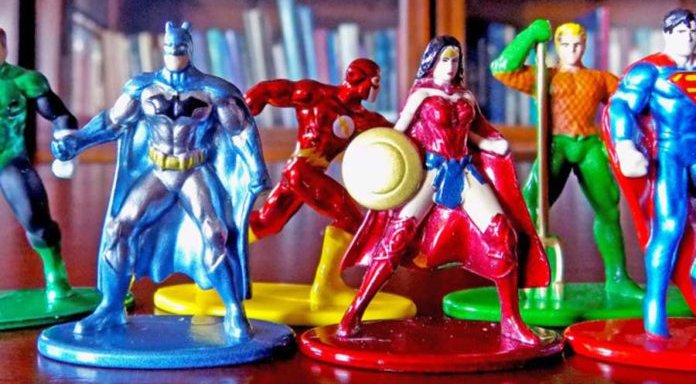 EVERY day another celebrity is accused of sexual harassment. So is it any surprise that the main problem with the new Justice League film is its male heroes?

No one wants to watch an on-screen battle of male egos as well as in real-life. From 2005 until 2016, the world indulged the pretence that superheroes could be realistic. It was an amusing game trying to fit them into a real-world context, but it’s a formula now dead. Batman v Superman slaughtered the inspiration and thrill of these two archetypically incorruptible icons and made them equivocating, morally bankrupt and indelibly egocentric.

What we need is the symbolism, the hope and sense of justice that used to accompany these comic book characters who challenged society to be more than it was.

It’s long overdue for a return to the heady days of Christopher Reeve’s Superman. Everyone who hears John Williams’ orchestral march feels ecstatic because Reeves’ portrayal is so rich in simple decency. The pants and red-caped moralism fell into cliche long ago because the world felt these creations weren’t equipped to deal with modernity. Perhaps it’s the other way around?

The problem with DC characters, unlike their Marvel counterparts, is that they are the definition of individual titans. Marvel has always worked best with ensemble groups, and they’ve mastered blending acting and script to such a splendid extent that the films are one big sugar rush.

Superman, Batman and Wonder Woman were always strong enough to stand on their own because they represented something. Their popularity and significance are why it’s taken so long to move past solo-film outings for each. In the process of moving over to a group format, they’ve exchanged the developed moral centres of each personality in favour excessive violence and faux tension.

Aptly, it’s Wonder Woman who’s putting the ‘her’ into hero best of all. The success of both Patty Jenkins’ film and Gal Gadot’s portrayal have restored truth, justice and just a damn bit of righteousness back into the DC comic book films. Wonder Woman works so magnificently because she represents a glass ceiling that everyone wants to get broken. The character brings hope to a time when there is a dwindling amount of it, and Zack Snyder and DC would do well to remember we audiences don’t want iconoclasm, we want icons.

Cinema and television have forgotten that these films are meant to be fun, not the morality saddled fluff that torture cinema-goers for two hours for 15 pounds a ticket.

We want these titans to represent something for a time when the world seems to lack any justice whatsoever.