Let’s get on with life 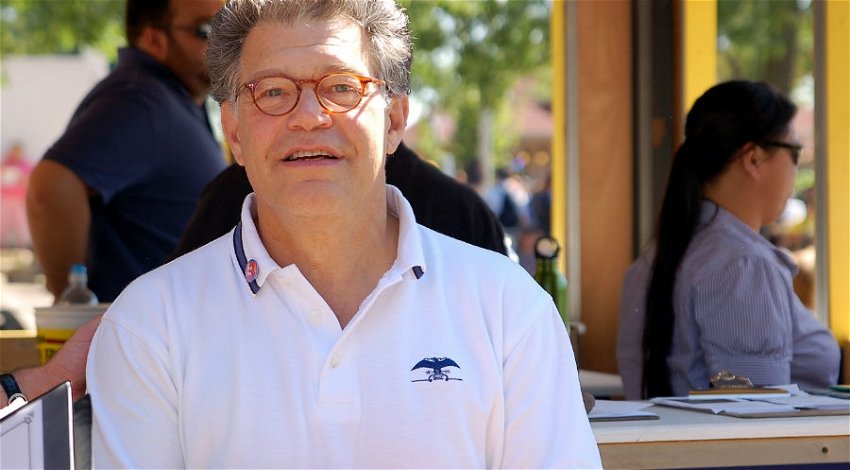 LIKE to keep my eye on what’s going on in the USA because, to be honest, at the moment, in my opinion, the place is currently coming across on TV like a bad soap opera.

This week I’ve been following a couple of news items in particular. One was about an American comedian and politician called Al Franken who was on a tour to entertain the US troops overseas.

There was a young lady in the show with him and during a rehearsal he kissed her and also a photo appeared of him looking at the camera laughing and appearing to touch her boobs through body armour whilst she was asleep.

Now this is wrong and totally out of order – end of – no excuses. The other story was about a baseball player called Yulieski Gurriel who was born in Cuba and who made a gesture to a Japanese pitcher after hitting a home run off one of his pitches.

As he ran round he looked at him and used his fingers to stretch his eyes toward his ears and appeared to say a word in Spanish usually used to mock Asian people. Now here’s the thing.

In both cases these gentlemen apologised unreservedly to the offended parties. The baseball player got a five game suspension and the comedian / politician may have a senate investigation.

Both injured parties have said ‘apology accepted, now let’s get on with life’ and this is where things go a bit wonky.

It has all become very political with groups calling for the baseball player to be sacked and banned. Here’s the deal folks – nobody is allowed to be more offended than the person that was the subject of the original offensive remark or action.

If they say it’s sorted then let it go. They are adults and they have decided how to react to the comment or action directed at them.

Donald Trump is tweeting and calling Al Franken Al Frankenstein demanding he be hung, drawn and quartered because he’s a Democrat.

Meanwhile he’s not saying a word about the Republican preacher politician, Roy Moore, who has been accused by at least 10 women of sexual assault.

But what would you expect from the man that has over 20 accusations of sexual assault against him and a recording from 2005 telling Billy Bush how he treats women.

How this man is still POTUS is beyond me.