Concerns for imprisoned migrants on the Costa del Sol grow 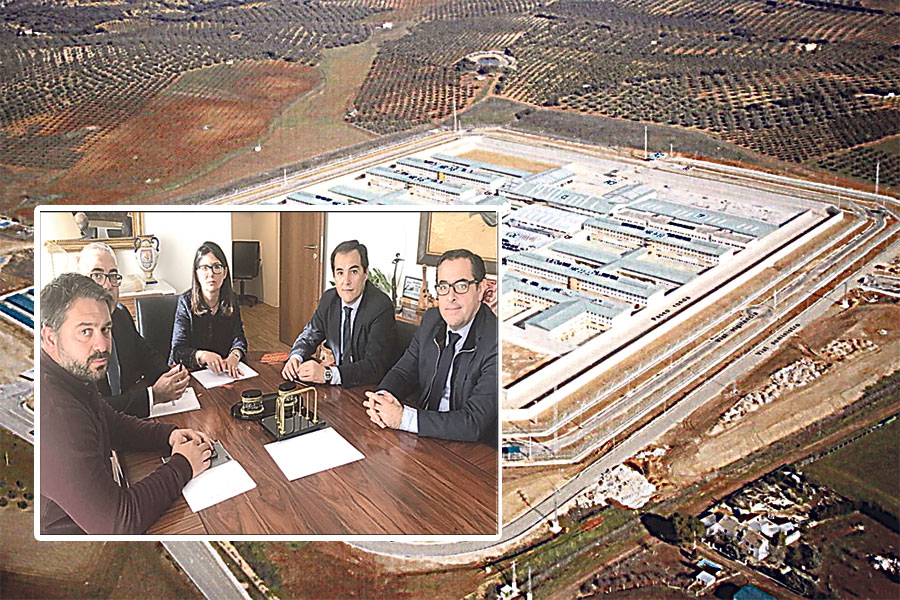 AROUND 500 migrants remain in an ‘unfinished’ prison in Archidona, with concerns growing about conditions at the facility.

Various groups and charities have called on the Spanish government to rethink their stance, amid suggestions that the prison does not have clean drinking water or proper medical care and that the migrants have not been able to contact their families.

Reports suggest that between 464 and 494 people – mainly from Algeria and including children – have been placed in the facility.

The Red Cross have confirmed that they have 21 staff on site, suggesting the ‘duration’ could be two months.

He added that his organisation are concerned that the migrants might be returned to Algeria.

The Ministry of the Interior has said that other facilities are full and their response is temporary, following the arrival of around 1,000 people on several boats in recent days.

Some were intercepted near the coast of Murcia but many were taken to a new jail that has yet to open in Archidona, near Malaga, according to local migrant rights group Malaga Acoge.

During a meeting between the Secretary of State for Security, José Antonio Nieto, and the mayor of Archidona, Mercedes Montero, the government said they would “try” not to hold the migrants for longer than 60 days.

In a statement, they added: “The exceptional use of the Archidona centre has been motivated by an exceptional situation of irregular immigrants arriving on the Levante coast, who were unable to stay in the other Foreigners’ Internment Centers.”

Juan Ignacio Zoido, the department’s minister, had previously told Spanish radio that “it is better that the migrants be held in a centre with the latest technology, sanitary facilities, showers, heating, beds, sports areas than to put them in camps like other countries.”

Another ministry representative reportedly described the facility as “state of the art.”

However, conditions have been disputed by right groups.

The facility has been described as tense and overcrowded, amid claims staff are dressed as prison officers.

“We are radically against this,” the head of Malaga Acoge, Alejandro Cortina, told AFP.

“We don’t know if they will have staff authorised to detect human trafficking, or if a judge will monitor this facility as is the case with immigration detention centres,” he added.

There are further concerns about whether safety systems -including fire procedures – have been fully tested. The prison is not due to officially open until the ‘early months’ of next year, according to the ministry.