SPAIN might not have the bright lights of Las Vegas, but recent developments have shown that casino gaming is becoming an increasingly popular pastime across the country.

While Casino Barcelona and Casino Gran Madrid might shine brighter than most, they’re not the only players in town.

Thanks to the growth of online gaming in Spain, new projects have been proposed in various unexpected locations.

Indeed, when Cordish Companies spotted an opportunity in Madrid, it was trading off the rise in iGaming across Spain.

Planning to open a 330-acre gambling and entertainment complex just out Torres de la Alameda, Cordish believed the time was right to invest.

Setting aside a provisional €2.2 billion to complete the project, the developers believed the Vegas-style venue would attract 1.6 million annual visitors and create more than 56,000 jobs.

Although the 2016 plans have since been rejected due to a lack of transport provisions, interest in a casino in the local area remains high thanks to the internet.

When Spain introduced formal regulation and taxation on online operators in 2012, it not only generated more revenue for state coffers but gave locals safe places to play.

Today, when the average resident goes online, they can try their hand at a variety of casino games and be assured that government regulations mean certain safeguards are in place.

With Spaniards now able to experience the same type of regulated online gambling that players in countries such as the UK can, participation rates have increased.

This, in turn, has led to more people learning the nuances of classic casino games. At Spinit online casino, for instance, customers have more than 1,200 games to choose from.

On top of this, practice versions of the leading games give new players the chance to learn for free.

Essentially, casino virgins now have access not only to a myriad of gaming options but games that allow them to learn some skills without breaking the bank. 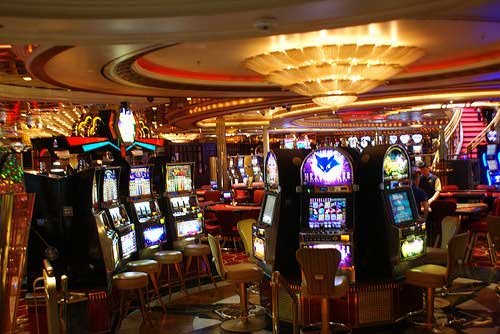 When you extrapolate this dynamic across Spain’s network of 51 licensed online operators, it’s easy to see why participation rates have increased by 30.44% in 2015.

Contrast this with the 283,123 that ante-up in 2013 and it’s clear to see that regulation has sparked a new interest in casino gaming.

The natural result of this is that more people are now willing to visit a live casino and try their hand at games they’ve played online.

This theory is what prompted Cordish Companies to push for a new venue in Torres de la Alameda.

At this stage, Live! Resorts Madrid has been put on the backburner, but the company hasn’t folded its hand just yet.

A website for the complex is still live and you can take a look at what locals and international travellers can expect if Cordish can overcome a few financial hurdles.

One thing is for certain though: even if this project doesn’t come off, casino gaming is clearly a growing passion among Spaniards of all types.