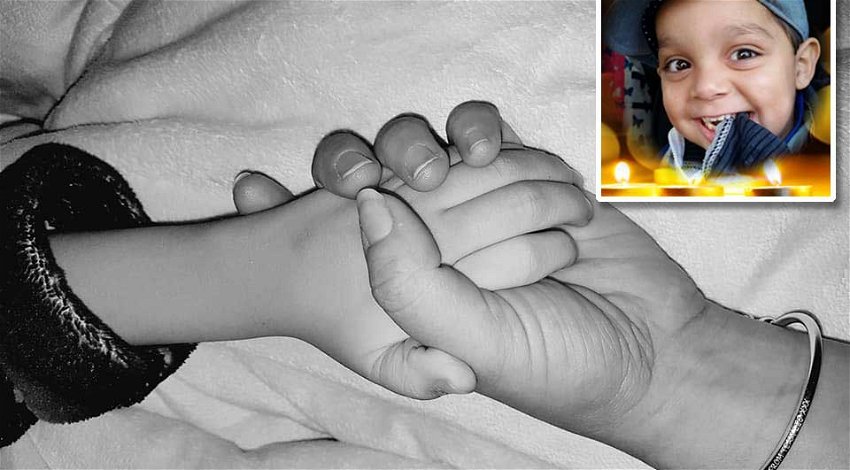 LEO THE LION: His last words were a very clear "I love you"

ON September 2, 2015 Leo Bermejo from Almeria was diagnosed with a rare form of brain cancer.

Since then the inspirational four-year-old underwent surgery at Alder Hey Children’s Hospital in the UK and, thanks to a fund launched late last year – which the Euro Weekly News supported, travelled to Oklahoma in the United States for 31 sessions of cutting-edge proton beam therapy.

But, sadly, it was all in vain.

This morning (December 1, 2017) at 4.25 am Leo passed peacefully away in his mummy’s arms and with his daddy by his side.

Leo’s last words were, to Sofia, a very clear “I love you”.

He was just days short of his fifth birthday (December 6).

Leo’s funeral will be in Mojacar tanitorio on Tuesday, December 5 – and is for family and close friends only and is by invitation only.

He leaves behind his mum, Karen, dad Jorge, big sister Sofia and an army of Team Leo the Lion supporters.

Family friend Nikki Robinson said, “It’s been so heart-wrenching to watch them as a family suffer but they are all so strong and dignified.”

Mum Karen had recently told the Euro Weekly News, “It is the hardest thing in the world watching him go downhill, and watching the lump on the side get bigger.”

“If I knew how cruel, evil this world and life would be to Leo I would have never have brought him into it.”

“I want people to remember Leo for the happy little boy that he once was, that cheeky little boy, the one who smiled no matter what…”

“But I know he has changed so many people all over the world.”

“I want to thank everyone for their continuous support during this journey to give Leo the best chance for a life.

Karen ended, “I hope that I have shown the true face of cancer in children by publishing Leo’s story.”

The family recently asked people who were planning on sending Leo a birthday or Christmas card to, instead, make a small donation to charities that have supported the family.

The first one is the Vera and District Lions Club. Karen said, “We have been blessed with knowing the members of this charity on a personal level. These amazing generous people have supported us since day one and have never left our side during this whole journey. They have supported us in every way possible.”

“And another great charity that uses all funds raised purely for research into the rarest childhood cancers is ´The Bibi Fund´.

“This has been set up by another parent whose child has ETMR like Leo.”

Share your story with us by emailing newsde[email protected], by calling +34 951 38 61 61 or by messaging our Facebook page www.facebook.com/EuroWeeklyNews